Trustees are the people in charge of a charity, who help to make the UK the sixth most giving country in the world. Interested? Please contact our Operations Manager, Nickey Price at nickeyprice@jigsawsoutheast.org.uk 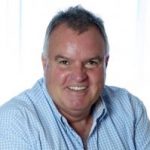 For seven years the founder of the Gym Group, John Treharne, has been the chair of Trustees for Jigsaw (South East). A local boy, born in Cuckfield and now based in Forest Row, John – a former England squash player and national racquetball champion, started Dragons Health Clubs in 1991 and the Gym Group in 2007.

It was his personal experience with bereavement that inspired the business entrepreneur to volunteer with Jigsaw (South East). “My three daughters lost their mother to Breast Cancer when they were young and in those days there were no organisations like Jigsaw (South East) available to help them,” John said.

“I studied Economics at University and initially trained and worked as an accountant. I brought my commercial and financial background to the role. I’ve been closely involved with fundraising and have been able to help stabilise the charity financially. In addition to attending volunteer training sessions I have a much better idea how I can help the charity sustain and develop the wonderful work it does.” 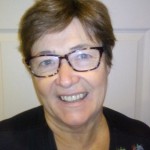 For 27 years Cecelia worked as a Paediatrician in Surrey.  ” I became a trustee in January 2017, just before my retirement from the NHS. I’m responsible for safeguarding, as this was part of my role in my previous job.  I remain a multi-agency trainer for the Surrey Safeguarding Children Board.

“I was approached a few years ago to volunteer at the Grief Support groups doing the ‘Doc Spot.’  At that time, I was still working as a Community Paediatrician, in Redhill and I was delighted to be asked.

“I had worked with children, with a wide range of additional needs for many years and was very aware of the impact bereavement can have on them and was keen to help with the groups. I continue to do the “Doc Spot,” mainly in the south east groups. This allows adult carers and children to ask those medical questions that they might have been worrying about.

“I live in Crawley and outside of work enjoy watching sport, being a Crystal Palace season ticket holder, a keen England cricket fan and an enthusiastic cyclist.” 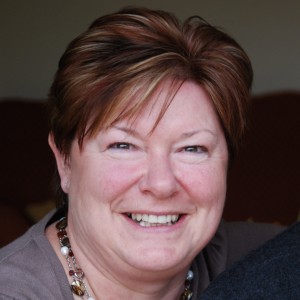 Sue is a business professional with experience of working for a blue-chip financial services company and other client focused organisations.

“I’ve been involved in a small way with the charity for many years, either by attending fund raising events or helping as a volunteer. Until very recently I was in full time employment and so, was not able to commit to much else. However, circumstances changed and about two years ago and I was able to apply to join the Trustee Board. I was absolutely delighted to  be accepted.

“I’ve worked across a fairly wide variety of businesses as a change management professional. I have in depth experience of operational project and change management, HR policies and procedures, along with people development and customer-focused roles for companies such as Barclays, the Academy of Executive Coaching, Sunrise Retirement Homes and latterly the NHS.

“I was inspired to join Jigsaw (South East) by my good friend, Val Blean, who is one of our longest serving group volunteers. Val has also been supporting Jigsaw (South East) for many years and has spent many an evening explaining to me just what a difference the charity makes to a young person and their family when they have suffered the worst kind of loss. That said, it wasn’t until I joined the Trustee Board, that I could really see just what a difference we can make.”

Debbie is a business professional having worked for Unilever for most of her career. 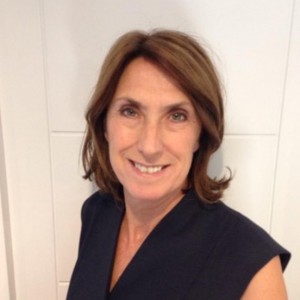 “I’ve enjoyed global roles in Marketing, Consumer Insight and Learning and Development and have breadth of experience in strategy, innovation, brands and consumer behaviour.

“I joined Jigsaw (South East) as a volunteer on their six-week Grief Support Groups, having felt compelled by my own family’s bereavement experience to try and make a difference to children and young people in a similar situation. It is a privilege to witness the transformation families undergo as they journey through the Jigsaw programme.

“I was thrilled to join the board of trustees and have the chance to use my business experience and my personal insight to make a contribution to the sustained growth and success of the charity.

“I live in East Horsley but hail from the North.  I love gardening and interior design and occasionally waste my money watching West Ham try to play football!

If you would like to find out more about working with Jigsaw (South East) contact Nickey Price at nickeyprice@jigsawsoutheast.org.uk

After attending Jigsaw’s Grief Support Groups with her family, Michelle Mundy decided to organise a…