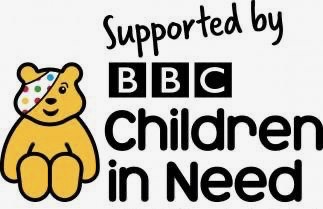 Jigsaw (South East) will be settling down this evening to watch the BBC Children in Need TV Appeal. We are delighted to be a beneficiary of BBC Children in Need  funding – which helps us continue our vital work with bereaved children and young people and their families, across Surrey and West Sussex.

This summer Jigsaw (South East) Young Ambassador Hannah Romaine, spoke with some of the young people we are presently supporting.  They talked about how they are being helped by our charity. Watch the short film here: 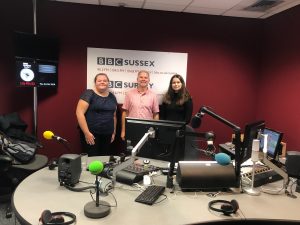 In October Hannah Romaine and our other Young Ambassador – Molly Humphreys – were guests of Danny Pike at BBC Sussex for the local launch of Children in Need. The teenagers spoke about the support they each received from our charity after their fathers’ died 10 years ago. Listen to their interview again here.

This year Children in Need has brought together some of the UK’s biggest stars to record a cover album to raise money for the 2019 appeal. Each of the artists has handpicked a song for the album which is significant to them. The singers include former Dr Who, David Tennant, and actress Olivia Colman, who won an Oscar for her role as Queen Anne in the movie The Favourite.

Find out about the cover album, tonight’s show and how you can support BBC Children in Need: https://www.bbcchildreninneed.co.uk/shows/our-2019-appeal-show/

Well done to our brave runners

This year, Jigsaw (South East) has been represented at both the Brighton and London Marathons…

“We loved all the activities and had a really fun afternoon.” That was just some…