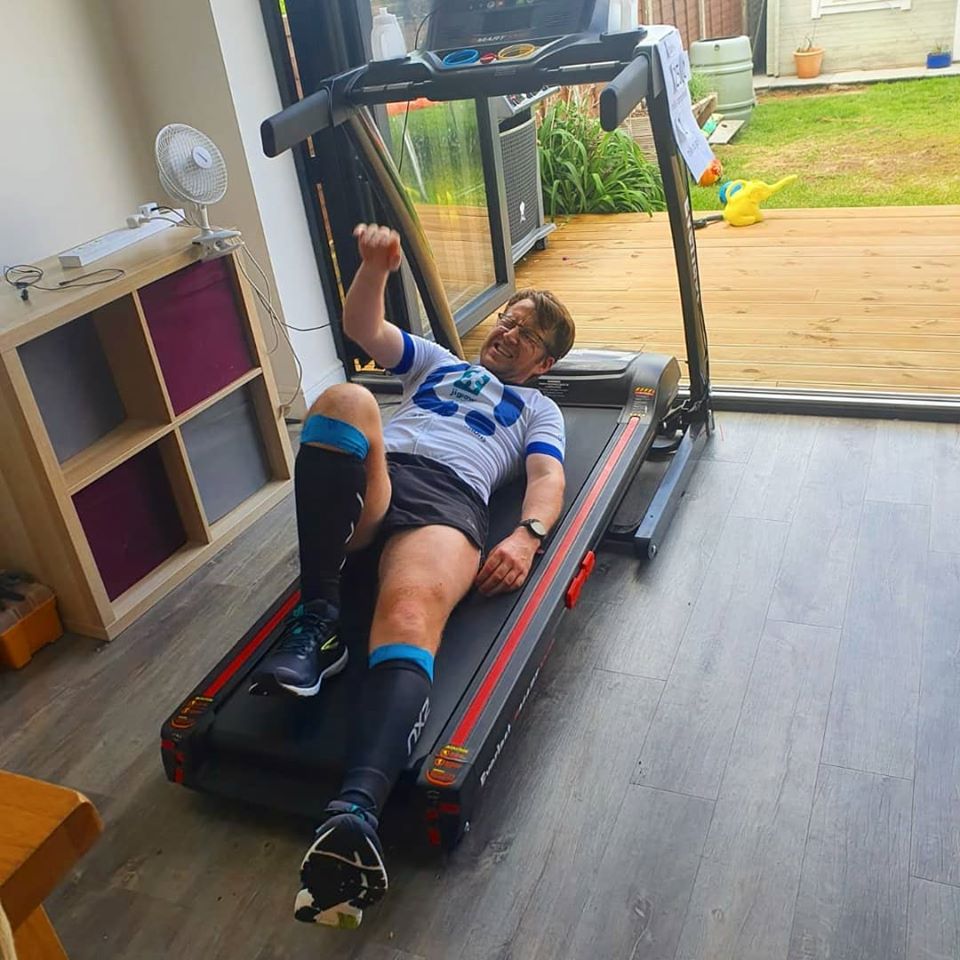 A marathon effort by Doug Bewley has seen him complete eight 26.2 mile treadmill runs in as many days, and smash his original £2620 fundraising target for our child bereavement charity. Doug has so far raised an amazing £5700 in his #twopointsixchallenge for Jigsaw (South East).

The efforts of the East Grinstead based company director, 35, have been live streamed and watched by thousands of people. Doug had been pushing through the pain barrier after picking up shin and quad injuries, which eventually forced him to slowly walk his last marathon, in 9½ hours. Despite the pain he managed to fit in an interview with Joe Talbot on BBC Radio Sussex and Surrey en route!

Doug said: “Day eight was in doubt from the moment I woke up, as I wasn’t able to walk until midday. It soon became clear that I wouldn’t be able to run and I had to reset my expectations.” 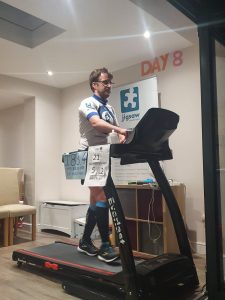 The married father of four-year-old twins, has run 209.6 miles however, on doctor’s orders Doug has been forced to stop after being diagnosed with stress fractures.

Jennie Hattan is our Service Manager: “Doug has gone above and beyond for the charity, but we hope that he hasn’t hurt himself doing this. He is one of our most prolific supporters and his will to complete this challenge has been remarkable.

“Like other charities our community fundraising has been stopped by the pandemic, so Doug’s efforts are truly appreciated.”