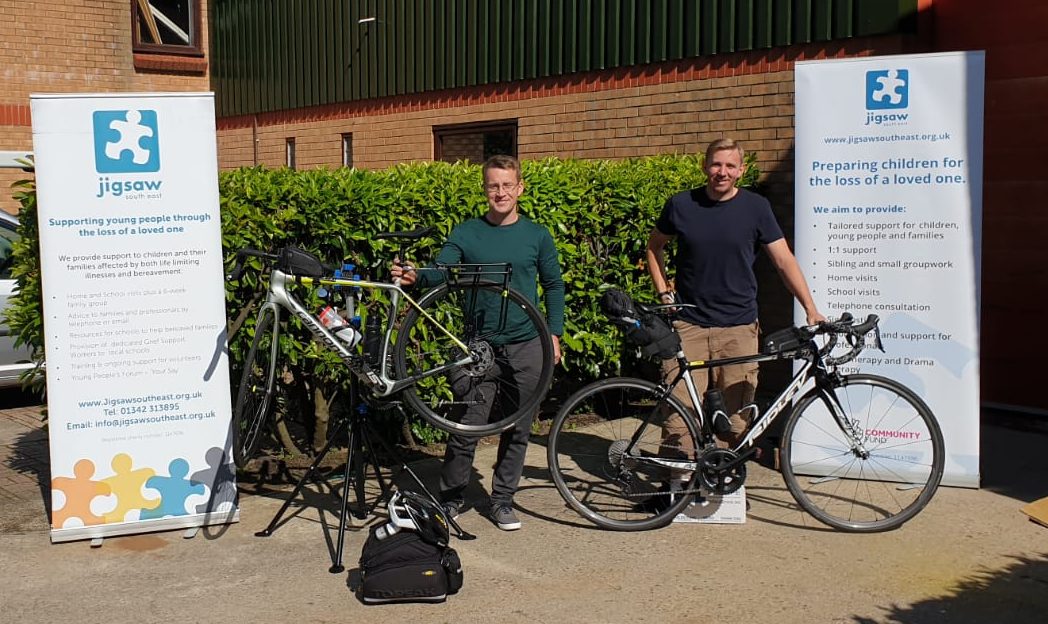 “I was six-years-old when my Dad died. Jigsaw (South East) provides so much care and support for children that are going through what I experienced, I felt the least I could do was to ride a bike for a few days, to help the charity.” 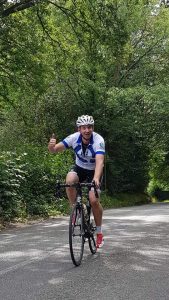 Rob Barden, 33, is cycling from John O’Groats to Land’s End (JOGLE), with his friend Doug Bewley. They hope to raise £2000 for the East Grinstead based bereavement charity, Jigsaw (South East). The funding will help the charity continue its work supporting the one in 20 bereaved children and young people in West Sussex and Surrey, who by the age of 16 will have experienced the death of one or both of their parents.*

Rob, who lives in Uckfield, says the 1000 mile ride will be hard: “I’ll be uncomfortable after a few days sat on the bike and I’ll miss my family (wife Victoria and their one-year-old son). However, I’ll be thinking about the loved ones I have lost due to illness, knowing they battled cancer and chemotherapy. That is tough. Riding a bike doesn’t compare.”

A contract manager for Unique Technical Solutions (UTS) Rob adds: “I love cycling but my training for JOGLE’s been very sporadic. I’m excited, looking forward to seeing the sights of the country and sharing the experience with a great friend, though I’m not sure how good Doug’s map reading will be!”

Doug Bewley, 34, is a serial fundraiser for Jigsaw (South East). Earlier this year, the married father of three-year-old twin boys, ran the Brighton Marathon, deciding a week before to take up his place, despite work preventing him from training. 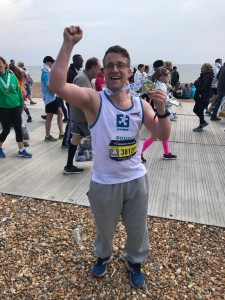 Doug, is the Director of UTS and loves to set himself a challenge. “My  personal motivation to do JOGLE is two fold,” he says. “Firstly, I want to raise money for Jigsaw. The second reason links to the quote on my t-shirt that, ‘Life is the opportunity to collect stories to bore grandchildren with in the future.’

“I hope my continued exploits will inspire my children 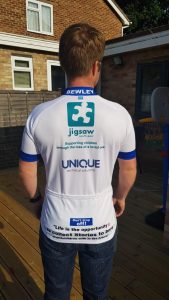 to constantly strive to be better people.”

Rob and Doug’s journey from John O’Groats to Land’s End begins on the 23rd of August and they hope to finish nine days later.

You can support them here: https://www.justgiving.com/fundraising/barden-bewley

More than 40,000 children across the UK lose a parent each year, which works out at 112 every single day.** East Grinstead-based Jigsaw (South East), offers a bereavement support service. Their Grief Project, delivers a six-week support group for families. Their Preparing for Loss Project, provides one-to-one support for children and young people when a loved one is terminally ill, at the time of the bereavement and in the days and months following the death.

Talking to children about death and dying is a difficult subject for all of us.…

Take part in #5kMay for Jigsaw (South East)! We’ve teamed up with the creators of…

Talking with Children about Cancer

In the lead up to National Children's Day on Sunday 12th May, Caroline Duckworth from…