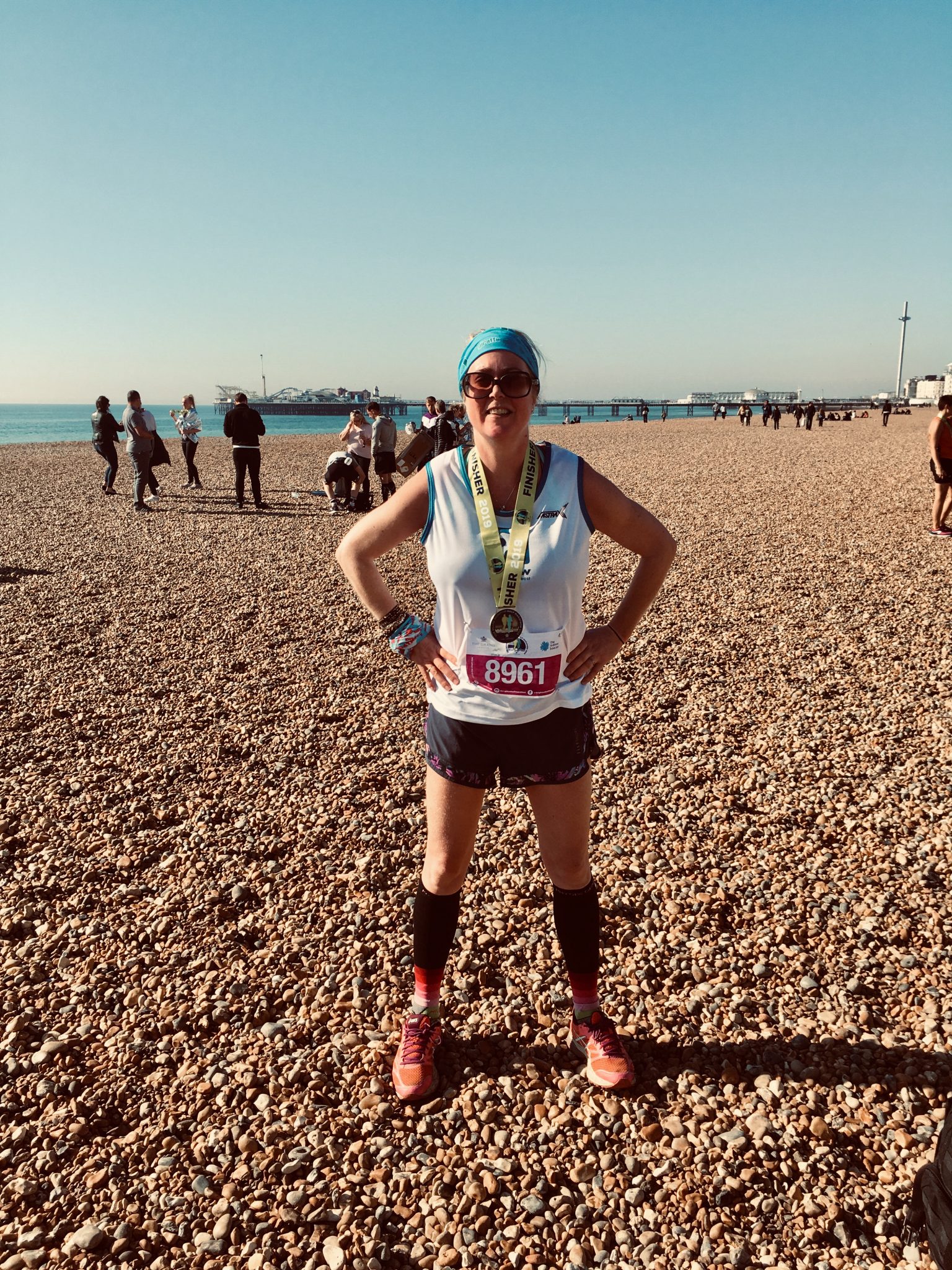 From half-marathons to 100k ultras, an Oxted mother-of-four, Clelie Medlock, has embarked on an astonishing SEVEN challenges in 2019 to raise vital funds for Jigsaw (South East) child bereavement charity.

Clelie, first contacted Jigsaw (South East) to find out about support for her children after the death of their father in 2017. She said: “Nothing prepares you for the loss and shock. As a parent I witnessed my children grieve in totally different ways. Just knowing that I could speak to someone, who listened to me and reassured me that what we’re going through is normal, has been a great support.”

In February, Clelie, 43, completed the Brighton Half Marathon in a time of 2:18.24. Now she is stepping up the pace with not one, not two but three ultra challenges over the next few months. This weekend she will be running the 106k Isle of Wight Ultra followed by the 100k London 2 Brighton at the end of May.

As if this was not enough Clelie is also signed up for the iconic Man versus Coast in July, where she will run from one side of the Cornish peninsula to the other. In August there is another 100k in the South Coast Challenge and in September she slacks off a bit for a mere 50k in the Peak District Bronze Challenge!

Clelie’s Super Seven will end in late October at the Beachy Head Marathon, in what is renowned as one of the toughest courses in the UK.

A teaching and learning support assistant at a local junior school, Clelie started running five years ago and quickly progressed from a 10k to a half marathon, and then to the full 26.2 miles. It was in summer 2018 that she decided to do an ultra and ran her first 56k South Coast race.

“I’ve totally fallen in love with trail running and I guess it’s my happy place. I’m never going to be fast but I’m pretty stubborn and will keep going, so long distance seems to suit me,” said Clelie.

“I’m doing these challenges to raise awareness and promote a charity that helps so many. I want my kids to be proud of me and to inspire them, so that we can all move forward. If doing what I love can let more people know Jigsaw,  I’m doing something positive.”

Clelie has already inspired her children. Three of them Daisy, Tom and Ollie took part in the Mini Mile races at the recent Brighton Marathon. Clelie said: “The younger two loved it so much that have entered Run Gatwick.” 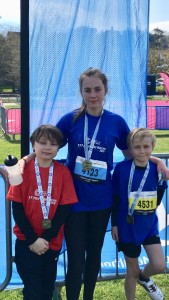 “When Clelie told us what she wanted to do and why, we were inspired and touched by her kindnes 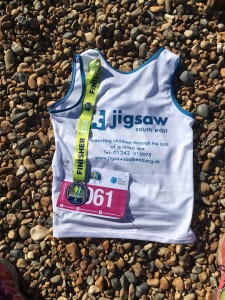 s. It’s not every day that someone chooses to run so far multiple times. We’ll be with her every step of her trailblazing way.”

Clelie’s goals break Jigsaw (South East’s) record for the most challenges completed in the space of a year by an individual or team.

Watch this space for updates on her super seven challenges over the summer!

You can support Clelie by donating to her fundraising page: www.justgiving.com/fundraising/clelie-medlock1

Wendy to ‘brave the shave’ for late husband, to help bereaved children

"I don't know where my girls or I would be without the support of Jigsaw.…

Thank you to the member’s of Horne Park Golf Club who raised an incredible £6,696…

Donation to Jigsaw tinged with sadness