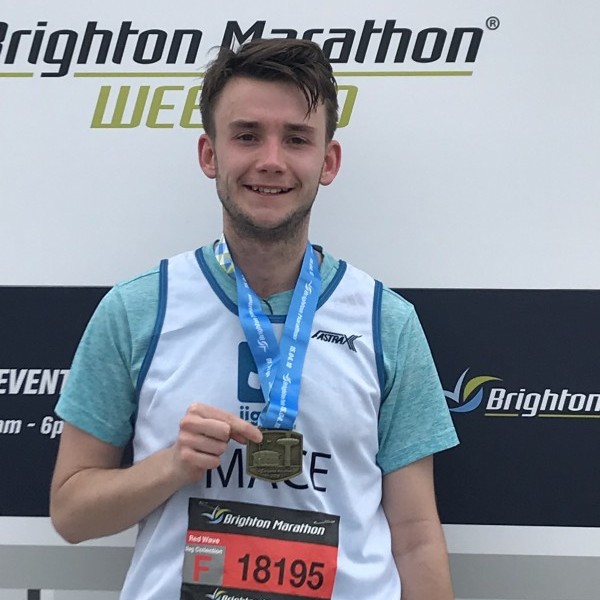 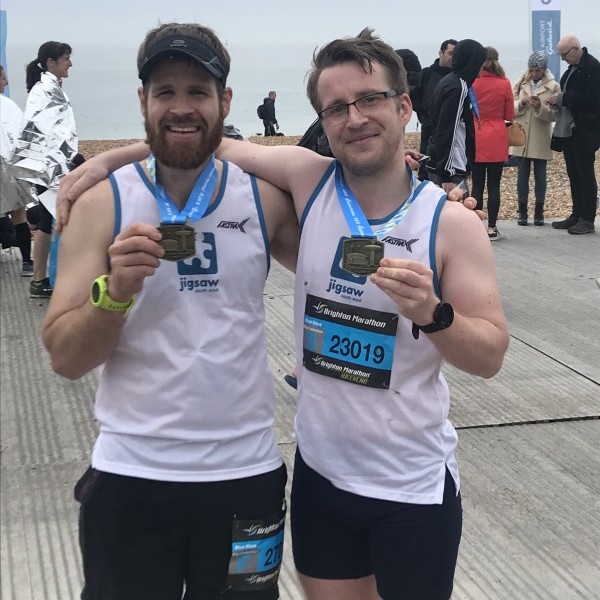 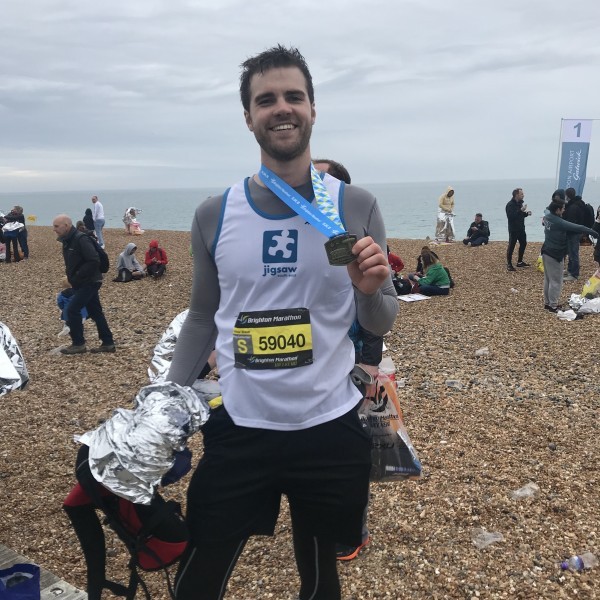 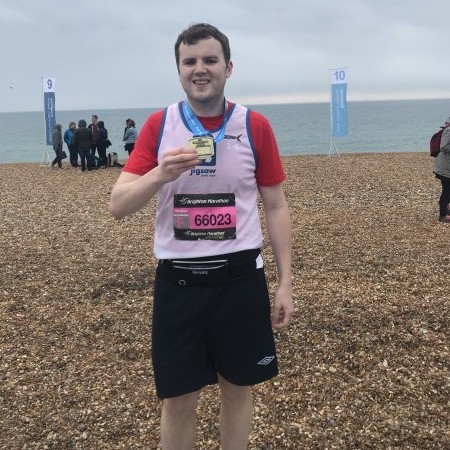 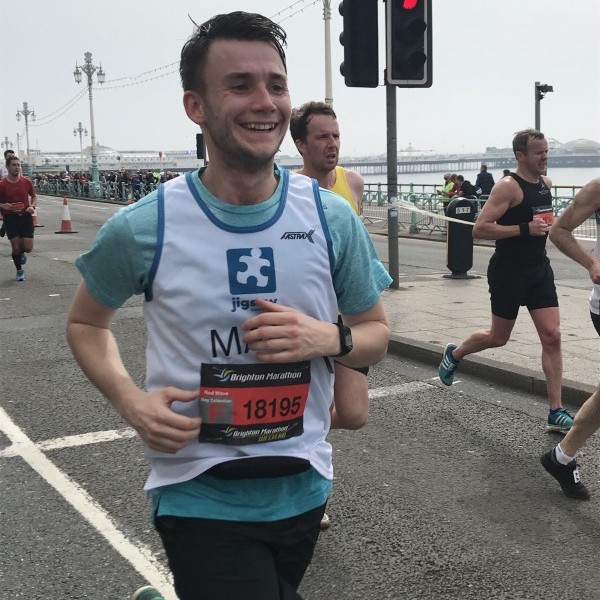 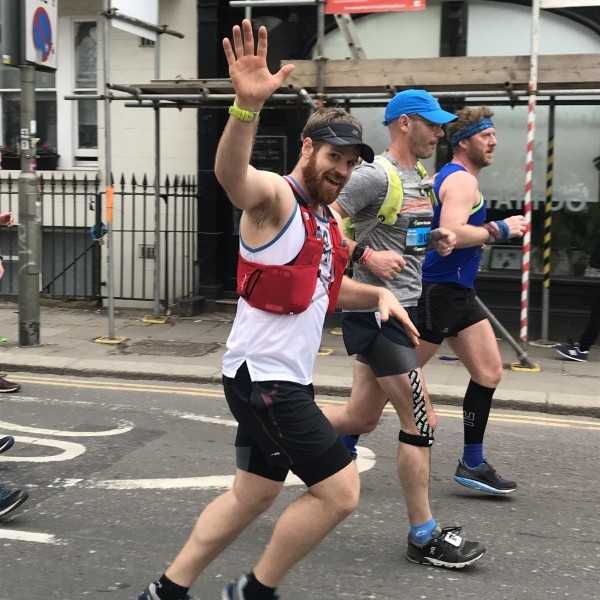 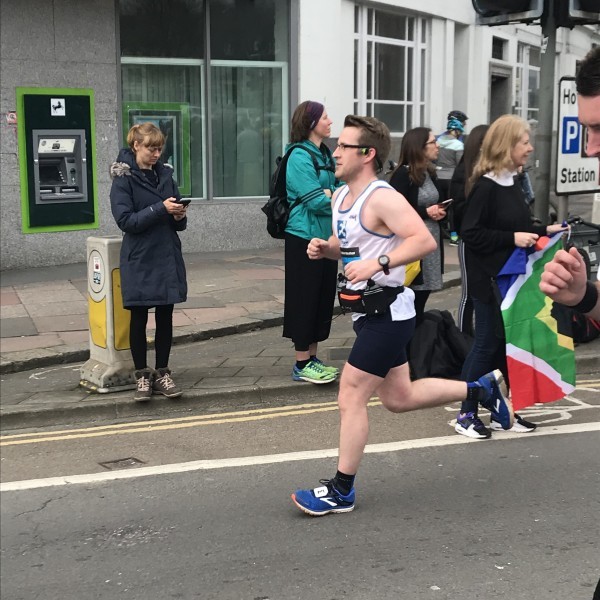 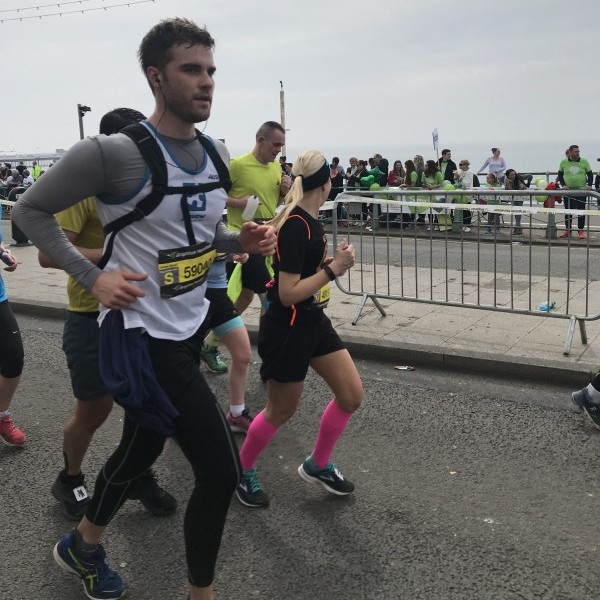 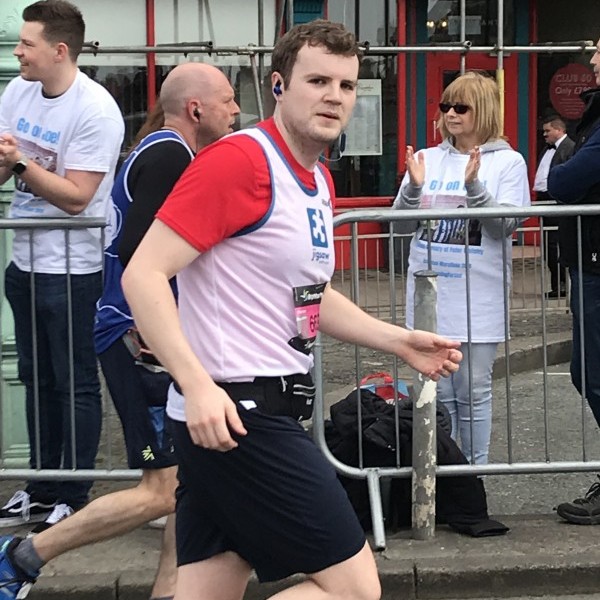 The biggest ever Jigsaw (South East) team all successfully completed the Brighton Marathon on Sunday 15 April, raising thousands for charity.

First across the line from the #FabFive team was Matt Mace, 26, who completed his first marathon distance in just 03:22:24 (620th out of almost 20,000 runners) and was running in memory of his mother, who passed away when he was just 15 years old.

“The marathon was a great experience even if it hurts a lot now. Rest and rehabilitation is on the cards for me but I do have aspirations to run the marathon in Reykjavik, Iceland, at some point in the future as have always wanted to go there.”

Next to complete the distance from the #FabFive team was East Grinstead joiner Tim Winkley, 30, who claimed his fourth consecutive Brighton marathon finish in 03:41:55. For father-of-three Tim, this was also the second of an incredible three-race challenge he is undertaking for the Jigsaw (South East) totalling almost 180 miles.

“To be honest, I never planned to run as fast as that after the South Downs Way 50 last week, but I felt good early on. It was a small mistake as I started to suffer but managed to hold a reasonable pace. As for South Downs Way 100 [in June] training, I will have a rest week and then will be back to building up to 75-80 miles a week.”

Shortly after Tim came East Grinstead father-of-two Doug Bewley, 33, who also claimed his first marathon distance with a time of 03:48:44. In some ways, his finish was particularly significant as he only had six weeks to prepare, having offered to take up Jigsaw (South East)’s remaining charity place, rather than let it lose money.

“My wife Sophie works for the charity so I’ve heard all about the fantastic support that it offers to children at very tough times of their lives. When I heard there was a space left, I just couldn’t let the charity lose money if it remained unfilled. The event was really well organised and the support from the crowds was amazing. The spectators really carried me through.”

Alex Dunn, 27, successfully completed his first full marathon in 04:36:56 and also has a personal connection to the charity.

“After I lost my Dad at a relatively young age (19), I can fully understand the key support that Jigsaw provides to help families express their emotions and control them in a way that enables them move forward as a family together.”

The final #FabFive team member to cross the finish line to claim his first marathon finish was Tony Longhurst, 28, from Croydon. He came in at 04:48:47.

“Really thrilled to have finished the marathon and raise money for Jigsaw. The run was even tougher than I thought it would be but the overall experience was fantastic and will be something I always remember.”

Their collective efforts have raised more than £2,100 – but there is still time to help us support bereaved children and young people and those facing the death of a loved one because of serious illness.

“We are absolutely delighted that all five team members successfully completed the Brighton Marathon – particularly as it was a first for many of them. Their dedicated training beforehand and determination on the day have clearly inspired many people and raised vital funds to support our work with bereaved children and young people, and those facing the death of a loved one through serious illness.

“The pain of losing a close family member can, at times be overwhelming for young people, and we are so grateful to these brave individuals for putting themselves through such a gruelling physical challenge in aid of others.”

Sponsor the #FabFive now – there are various JustGiving pages, all of which support Jigsaw (South East)