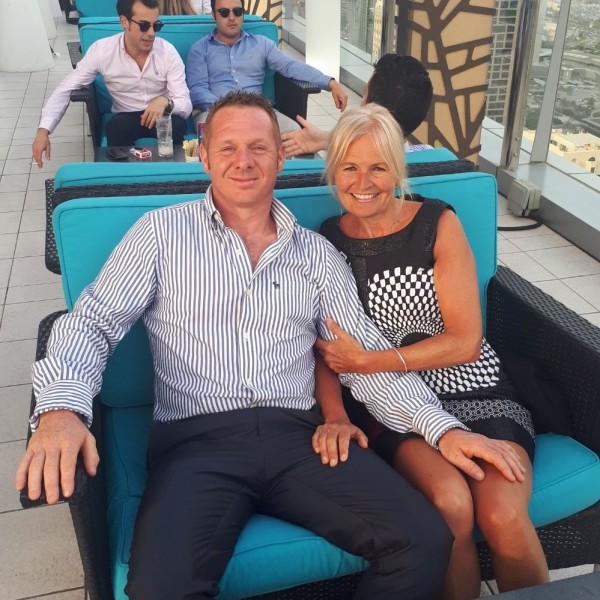 Andy Irvine, completed the allotted 400-metre swim, 26-kilometre cycle ride and a five-kilometre run in a total of 01:28:25, achieving a very respectable 89th place out of more than 240 competitors. His aim was to raise £2,000 for Jigsaw (South East), which supports bereaved families and those facing the devastating loss of a loved one through serious illness. But with sponsorships still coming in, the amount has already reached £2,400 – and there is still time. 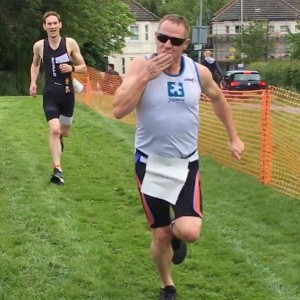 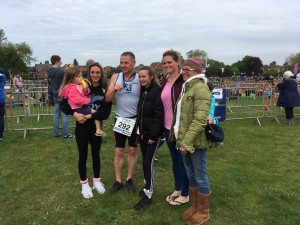 Speaking after the event, Andy said: “I absolutely loved it, it was a real pleasure to be able to raise some money for you and I hope it goes a small way in helping.”

Andy, who has done the EG Tri before, says he felt compelled to choose Jigsaw (South East) as his nominated charity because his wife and business partner, Zoe Davison, has been receiving treatment since discovering a tumour in the back of her neck two years ago, which sadly resulted in a secondary breast cancer diagnosis.

Andy said: “You just wouldn’t know that Zoe is ill – she looks great and is still working as hard as ever at the stables. I lost my Dad when I was 20 so I can imagine how difficult it must be for children to lose a parent and I can see how valuable the work of Jigsaw (South East) can be in helping families come to terms with what is happening.”

The couple, who have four daughters aged 14, 16, 24 and 30 (and three granddaughters aged three, three and four), are great supporters of local charities having used their business – Shovelstrode Racing Stables in Ashurst Wood – as the venue for a number of charity fun days, most recently for Kent Air Ambulance.

“We were delighted to have been contacted by Andy saying he was going to do the EG Tri and raise funds for Jigsaw (South East). We’re a small local charity that is reliant on the amazing efforts of local heros like Andy, who are willing to put themselves through tough physical challenges in order to support local causes. These individuals really are the lifeblood of our charity.”

From half-marathons to 100k ultras, an Oxted mother-of-four, Clelie Medlock, has embarked on an astonishing…

Dying Matters Awareness Week, 2-6 May, is our chance to get our community talking about…