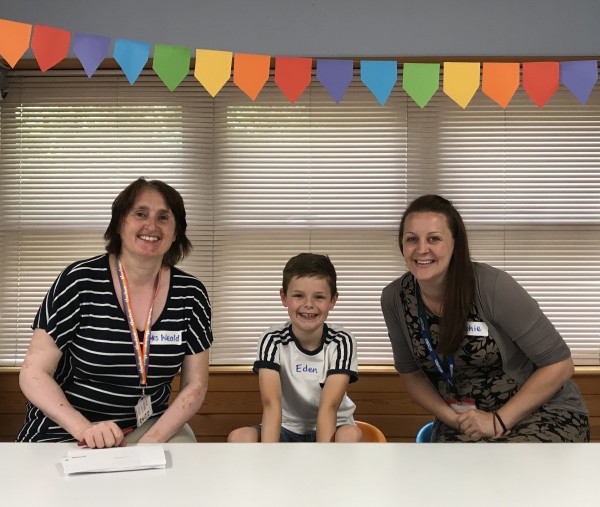 Organised by Eden Saul (9), the’ Forest Row’s Got Talent’ event raised £100 on behalf of his chosen local charity, Jigsaw (South East), which supports bereaved children and those facing the loss of a loved one through serious illness.  Eden and his sister Amelie (12) lost their Dad Alex in 2015 and were supported, along with their mum and stepdad, by the charity’s six-week Grief Support Groups. 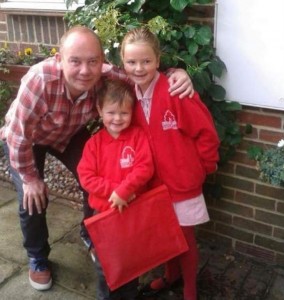 Amelie organised a similar event two years ago raising money for the hospital that looked after their dad, Hurstwood Park Centre in Haywards Heath.

“Before the Grief Support groups, both children felt that they were very different to others since they had lost their dad. Jigsaw was great for us, mainly because it made them realise there were others who had lost a parent. I’d recommend it. It’s a fun way to help children deal with their grief and I loved the fact there was no pressure on the kids to discuss their situation unless they wanted to. Eden really enjoyed the groups and straight away said he wanted to raise money for Jigsaw.”

Eden invited Jigsaw (South East)’s Fundraising and Volunteer Coordinator Sophie Bewley to join him on the judging panel alongside the school’s Premises Manager and Lead Thrive Practitioner Mrs Weald. Ant and Dec lookalikes were also on hand to facilitate the event, looking after all the contestants.

“It was a terrific event and I felt honoured to join Eden on the judging panel, overseeing the huge range of performances – Forest Row clearly does have talent. Eden should feel very proud of what he has achieved – not only did he keep calm organising such a large event, he was also very supportive of all the contestants,” said Sophie. “It was so inspiring. As a small charity, we rely upon donations and fundraising efforts such as this to keep our service up and running. Thank you Eden and thank you Forest Row Primary School.”

How to help someone who is bereaved during the Coronavirus pandemic

If you know someone who has been bereaved at this time they need your help.…