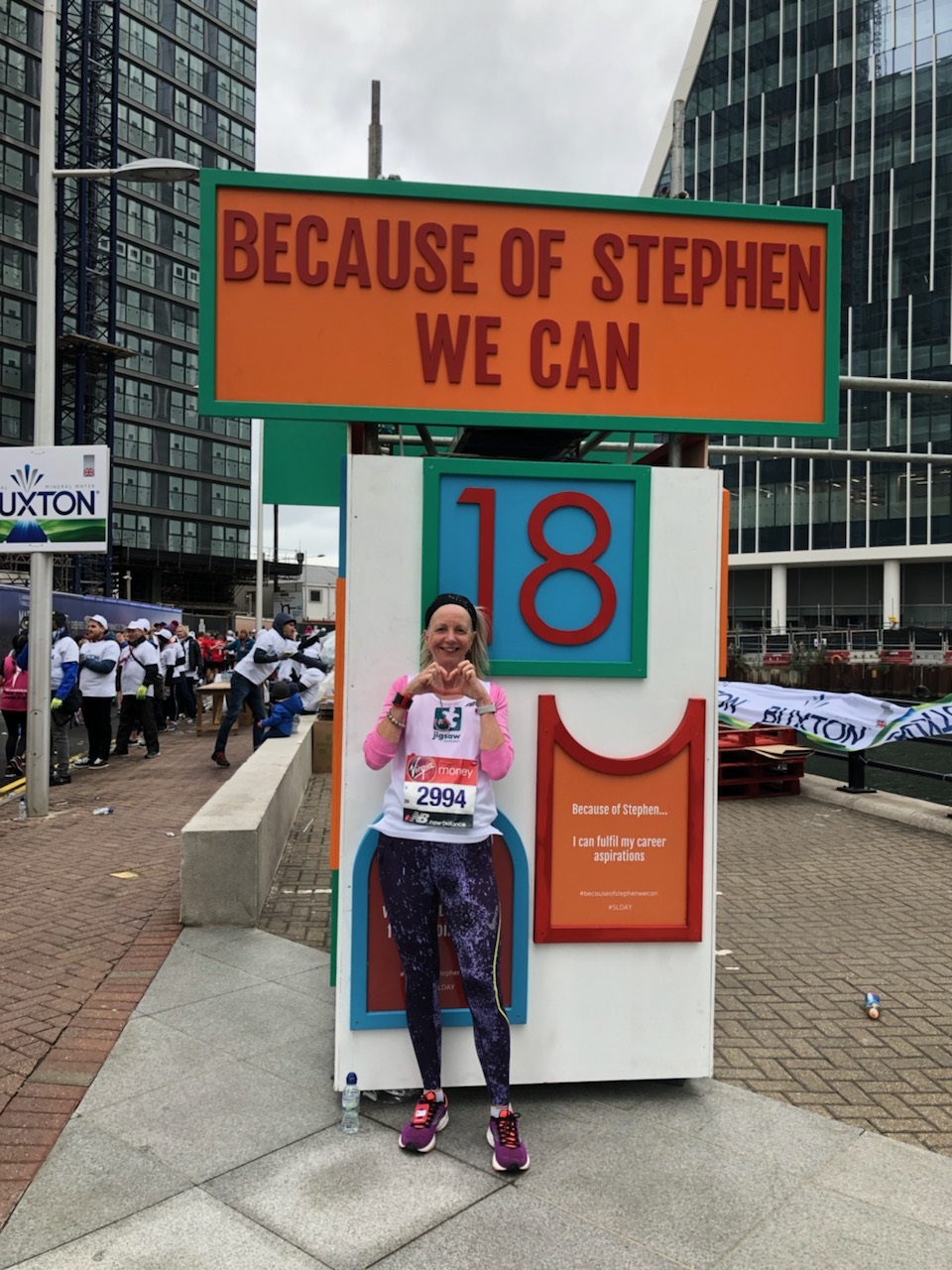 “It was tough but not finishing wasn’t an option,” says Gail Waite who has raised a whopping £1125 for Jigsaw (South East) running the London Marathon.

Gail finished the 26.2 mile course in 5:28.20. She took on the challenge in memory of her best friend, who died from cancer last year. She was also running to support another close friend who is undergoing treatment for breast cancer.

“Every time I thought I couldn’t keep going, I remembered the awesome women I was running for, and the wonderful charity that helps children, like my friend’s, who have lost a parent. This was for them,” she said.

Gail is the East Grinstead based charity’s first ever runner in the event.

This was her third marathon and she felt inspired to run for Jigsaw (South East) after attending a training course a few years ago.

Gail, a former Surrey Youth Justice Worker, who now lives in Highampton, Devon, stopped en route and asked a marshal to take a photo of her at the 18-mile marker, dedicated to murdered teenager Stephen Lawrence,  who was killed 26 years ago on 22nd April 1993.

Stephen was 18 when he died after a racially motivated attack. He had planned to become an architect and the structure was designed by young architects, to motivate runners at one of the toughest sections of the 26.2 mile course.

“We cannot thank Gail enough. She now lives in Devon and came to London to run for her friends and to raise money for Jigsaw. We are delighted that a training course she attended with us inspired her. Donations such as Gail’s all help us to continue our valuable work with children, young people and their families.”

You can still support Gail at Just Giving

At midday tomorrow, Tuesday 10th December, the opportunity to double your donation to Jigsaw (South…

Thank you to the member’s of Horne Park Golf Club who raised an incredible £6,696…