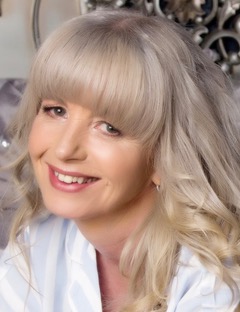 Twice a week, Gail Waite delivers vegetables for a local farm. However, this Sunday she will be donning sneakers to run 26.2 miles across London, to raise funds for an East Grinstead based bereavement charity.

This is the very first time Jigsaw (South East) has a runner taking part in the London Marathon. Gail, a former Surrey Youth Justice Worker, is taking on the challenge in memory of her best friend, who died last year after a short battle with cancer.

She is also pounding the streets of the capital to support another close friend who is undergoing treatment for the same disease.

This will be her third marathon and she felt inspired to run for Jigsaw (South East):

“Several years ago I attended a Jigsaw training session and I was very impressed by the work it does and the training offered. It just felt right to support the charity,” Gail said.

Gail is now based Highampton, Devon but on Sunday she will be running the 39th London Marathon along with 40-thousand other people for ‘friendship’ and for Jigsaw (South East).

You can support Gail here: https://bit.ly/2UYf1rn