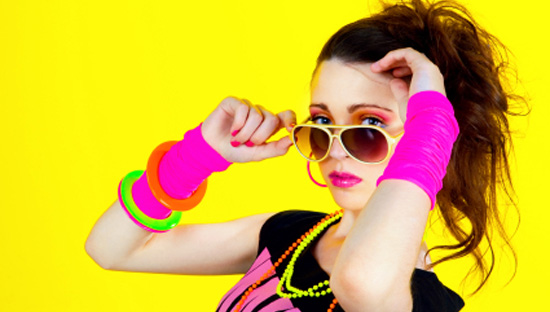 A retro 80s disco night fundraiser held at the home of Jigsaw (South East)’s Chair of Trustees raised a staggering £3,200 for the family bereavement charity.

More than 60 people dressed in some dazzlingly 80s-tastic outfits turned up and provided their support – as well as some impressive dance moves – throughout the evening, digging deep into their pockets to provide vital cash for this local charity.

The event, which took place on Saturday 1st September 2012, included prizes for the best 80s outfits, a charity auction with some superb prizes, as well as numerous fun games including ‘pin the glove on Michael Jackson’ and ‘guess the number of balloons in a the car’.

“Since our establishment more than a decade ago, demand for our services has continued to grow year-on-year but with the increasing scarcity of funding, we are facing tough times ahead.

“As we receive no income from government agencies, we rely heavily on funds generated by events such this 80s disco. The essential money raised by local people having a good time will enable us to continue to provide valuable grief support to families across the southeast of England.”

The East Grinstead office, which was established in 2005, provides crucial grief support to families – in the local area and beyond – who have suffered the death of a close family member through illness, accident, murder or suicide.

Among other services, Jigsaw (South East) runs a series of free support groups throughout the year offering families from Sussex, Surrey and Kent the opportunity to meet other families who have also experienced a bereavement, in a safe supporting environment.

THE WINNERS
• Best costumes:
Colin Prior and family – they scooped prizes across the best male, best female and best children’s costume categories dressed as The Flintstones
• Pin the glove on Michael Jackson:
Molly Haycock-West (10)
• Pin the glove on Madonna:
Polly Allen (11)

From quiz nights and the Prep School Christmas Fair to a Fawlty Towers dinner, pupils,…