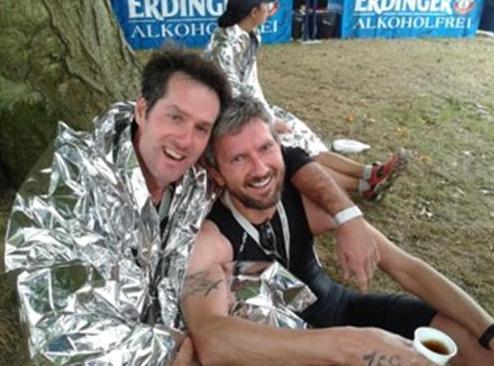 Hereward Pelling, 43, and good friend Nik Edser, 42, will be running the Brighton Marathon on April 12th 2015 to raise essential funds for Jigsaw (South East), the local charity that supports bereaved children and those facing the loss of a loved one through serious illness.

Nik and Hereward, both from Bough Beech in Kent, have run marathons in the past and are even signed up for the Barcelona Iron Man contest in October 2015, which entails a 2.4-mile swim, a 112-mile cycle ride and a marathon!

“I have a great appreciation for the work Jigsaw do with young bereaved children, having lost my father at a young age,” says Hereward.

Nik says: “I am running the marathon to support the work of Jigsaw (South East) and also for a good friend and work colleague Andy Self who passed away nearly a year ago.”

“We are so grateful to the brave people that undertake such gruelling and at times painful physical challenges on behalf of Jigsaw. The physical and emotional pain of losing a loved one can be overwhelming and Jigsaw works hard to support families in grief or those facing terminal illness providing support through groups, one-to-one counselling and even advice at school. Without people such as Nik and Hereward, we simply would not be able to continue our work.”

At the beginning of the pandemic, Rob Marsh - aka "SpeedQuizRob" - contacted our child…