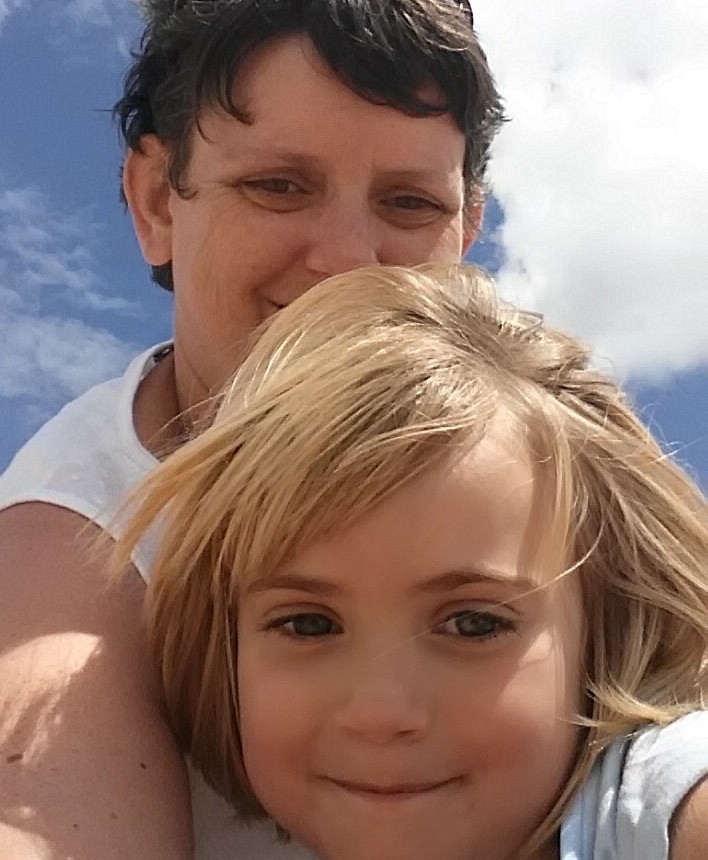 A Chobham mother and her daughter will be undertaking a three-legged walk around 43-acre Woking Park on Saturday 14 October in memory of their late husband and father Peter Davey.

Donna Davey, 45, and Jenni Davey, 6, have chosen to do this challenge to raise funds for Surrey-wide family bereavement charity Jigsaw (South East) which has been providing support to the family. Peter died from a heart attack whilst on a family holiday in Cornwall in summer 2015.

Donna, a police officer with Woking Safer Neighbourhood, said: “We are doing it as a way of saying thank you to Jigsaw (South East) for all the support Jenni has received since her father’s death in 2015.” 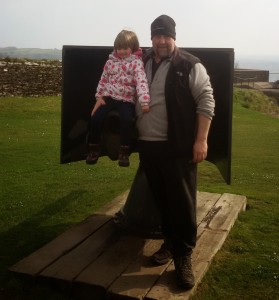 Jenni with her daddy

The charity provides grief support to children and young people who have experienced the death of a significant family member through illness, accident, suicide or murder. The main way that they support families is through six-week Grief Support Groups in Reigate and Guildford and East Grinstead. In partnership with Macmillan, the charity also supports children and young people who have a family member with a serious, life-limiting condition.

“School was worried about Jenni and so was Donna so they spoke to a nice lady from Jigsaw (South East) called Heather who visited their home and spoke with Jenni. She also went into school and gave the teacher tips on how to manage Jenni’s anger and frustration – ‘she’s not bad she’s sad’ she told them. They talked about Daddy and what he meant to her – she gave Jenni a voice to speak about how she was feeling. That’s why Donna and Jenni want to raise money for this charity.”

“We are delighted that Donna and Jenni have chosen to raise funds for us – and are all extremely impressed with the way that they have opted to do so. It is a huge compliment to us to be recognised in this way. Without supporters and fundraisers such as Donna and Jenni, we really wouldn’t be able to continue reaching out to bereaved families across Surrey and parts of West Sussex as well as those facing the devastating loss of a loved one through serious, life-threatening illness. Thank you.”