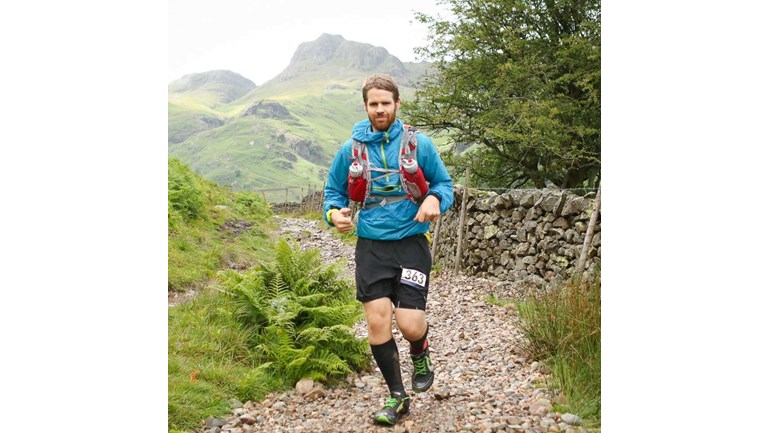 Local joiner and father-of-three Tim Winkley, 30, has signed up to three long-distance or ‘ultra’ races throughout April and June this year to raise vital funds for Jigsaw (South East), which supports bereaved children and those facing the death of a loved one due to serious illness in Surrey and Sussex.

An experienced runner, Tim will begin his triple challenge with a 50-mile race along the South Downs Way National Trail on Saturday 7 April 2018. Just a week later, he will join the Jigsaw (South East) #FabFive team to run the Brighton Marathon (for the fourth consecutive year), before concluding his triple challenge on Saturday 9 June with a gruelling 100-mile race along the ridge of the South Downs, from Winchester to Eastbourne.

“I’m running three events for Jigsaw this year,” said Tim. “The South Downs 100 will be my longest race so far and will definitely be a challenge. There is something like 12,700 feet (3,800 metres) of elevation. Preparation for this started in January and I’ll have put it hundreds of training miles (and worn out a few pairs of running shoes) by the time it comes to race day.

“I chose Jigsaw because I think the support the charity provides to grieving children is so important.”

“We are all in awe of Tim’s triple challenge, which is going to clock up almost 180 miles in three separate events. Let’s not forget that the South Downs Way cover some of south east England’s toughest, most undulating terrain as well. We will all be cheering him on, particularly at the Brighton Marathon, where he’ll be joined by four other fantastic local runners, also running in aid of Jigsaw (South East).

“As a small, independent charity, we do not receive any statutory funding and are hugely grateful to the heroic fundraising efforts of individuals such as Tim – these really are the life-blood of our charity, enabling us to continue reaching out to families at the worst times of their lives.”

“I was up in the night feeling sick.” Read Kat Wray’s Day 2 blog as she cycles 1000 miles for bereaved children