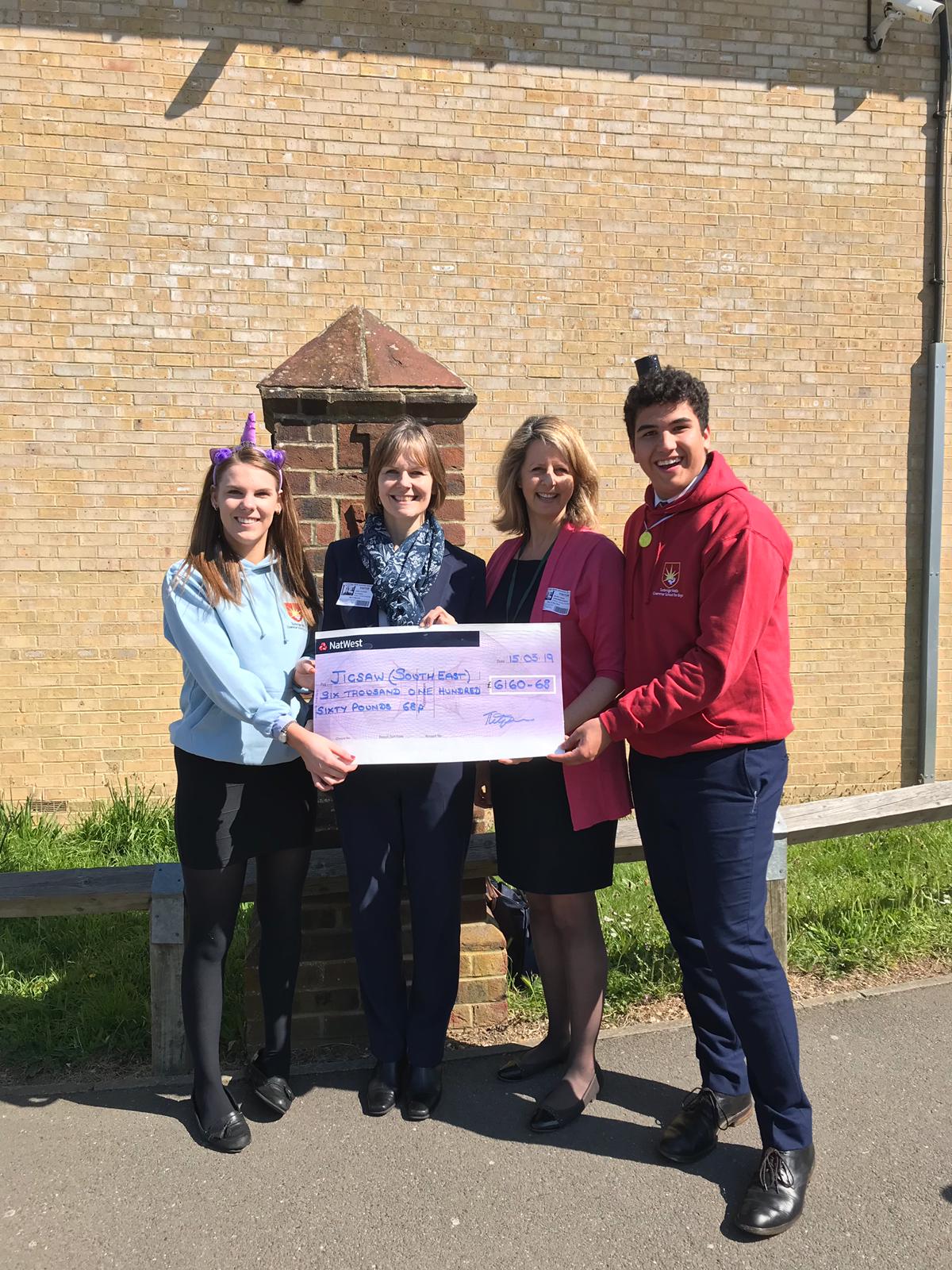 From Tough Mudder races and non-uniform days to fancy dress fun runs, the students of Tunbridge Wells Grammar School for Boys  (TWGSB) were determined to raise as much money as possible for their ‘Charity of the Year.’

On Wednesday 15th May in the ‘Class of 2019’ assembly, the community school presented the bereavement charity, Jigsaw (South East), with a cheque for a massive £6160.

“Our chosen charity works to help bereaved children and we are so pleased and excited to be able to work with them, as it is an issue that we feel is very pertinent and will have touched the lives in some way of many of our students be it directly or indirectly.”

“This is an incredible donation, and we cannot thank the students and staff of TWGSB enough. It is also fitting that we have received this donation during Dying Matters Awareness week. As a society we need to speak more openly about death, so it is even more touching that these young people chose Jigsaw (South East) as their main beneficiary this academic year.”

TunbridgeWellsGrammarSchoolforBoys
Please spread the news and share this
Related Posts

“We’re feeling nervous, excited and a little worried about achy legs and  midge bites!” On…