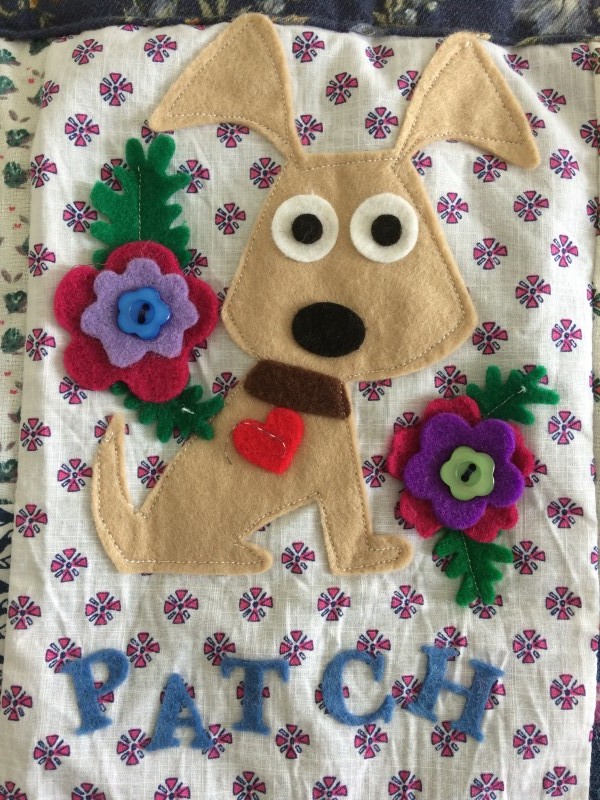 The Town Mayor and Kate Packheiser, Manager of clothing shop White Stuff, came together last week to celebrate the creation of a unique hand-made quilt made in honour of local bereavement charity Jigsaw (South East) – a charitable cause that they both support.

The quilt, which has been carefully crafted from 24 individually stitched designs, was the culmination of a fundraising competition run by the East Grinstead branch of White Stuff last March. The ‘Are You Thready?’ competition invited the shop’s staff and customers to design and stitch their own fabric square which would be submitted to judges (for a £5 fee) before being sewn onto a quilt made from all the entries. 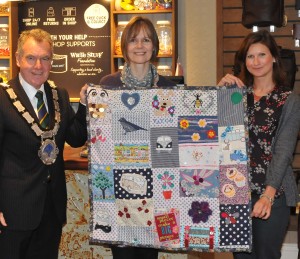 “We have had excellent support from all the lovely staff at our local White Stuff store – to date they have raised in excess of £5,000 for the charity thanks to innovative fundraising ideas such as the Are You Thready competition.

Additionally, it has been a good opportunity to involve another of our wonderful charity supporters – East Grinstead Town Mayor Cllr Bob Mainstone, who selected Jigsaw as one of three charities he is supporting during his mayoral year.”

“We are delighted with the partnership with Jigsaw (South East) and are excited about the year ahead.”

A group of 14 runners, swimmers and cyclists are clocking up hundreds of miles in…