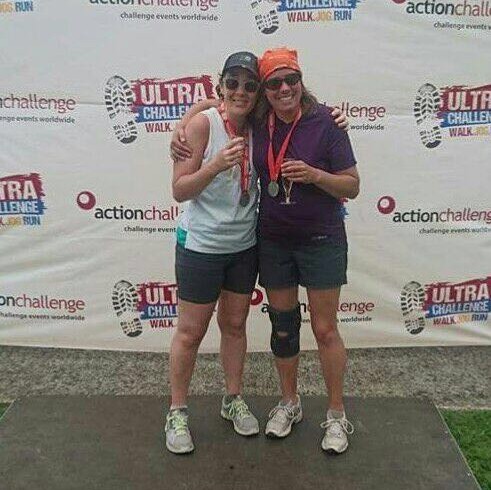 An East Grinstead charity worker spend the weekend of the 27 and 28 August walking the 100 kilometres (62 miles) between Eastbourne to Arundel to raise funds for local bereavement charity Jigsaw (South East).

Mum-of-two Sarah Dodson, 33, who works for the charity as Administration Assistant, walked through the night for almost 30-hours, following a tough, cross-country route that included some of the area’s steepest elevations including Beachy Head, the Sevens Sisters and Devil’s Dyke.

So far, she has raised more than £600 for Jigsaw (South East), which supports children and young people who have lost a loved one, or those who have a very ill family member.

She and her friend arrived at the finish line in Arundel on Sunday afternoon, elated but exhausted, suffering from several blisters and having lost a toe nail or two. 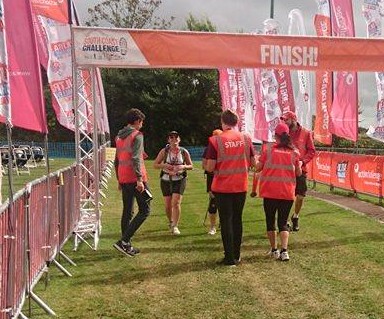 “We are so proud of Sarah for successfully undertaking this very tough physical challenge along the South Downs on behalf of Jigsaw. We were all furiously texting words of support throughout the walk. She is certainly an inspiration to us all.

As a small local charity, we do not receive any statutory funding so efforts such as this really are the life blood of our outfit. Thanks to people like Sarah, we will be able to continue reaching out to children and young people across Surrey and West Sussex who have either lost a family member or who are who are facing the loss of a loved one due to a life-limiting condition.”

Before completing the 100km South Coast Challenge, Sarah had only ever undertaken the 5km Race for Life so has an enormous sense of achievement.

“I’ve had friends with children who have, unfortunately, found themselves in this position and it motivated me to volunteer for Jigsaw more than a year ago. Since joining the office team, I’ve seen how Jigsaw’s six-week Grief Support Groups really do offer a life-line to these grieving families and I felt compelled to undertake a big challenge to raise funds for them. Would I do it again? Ask me in a few weeks!”