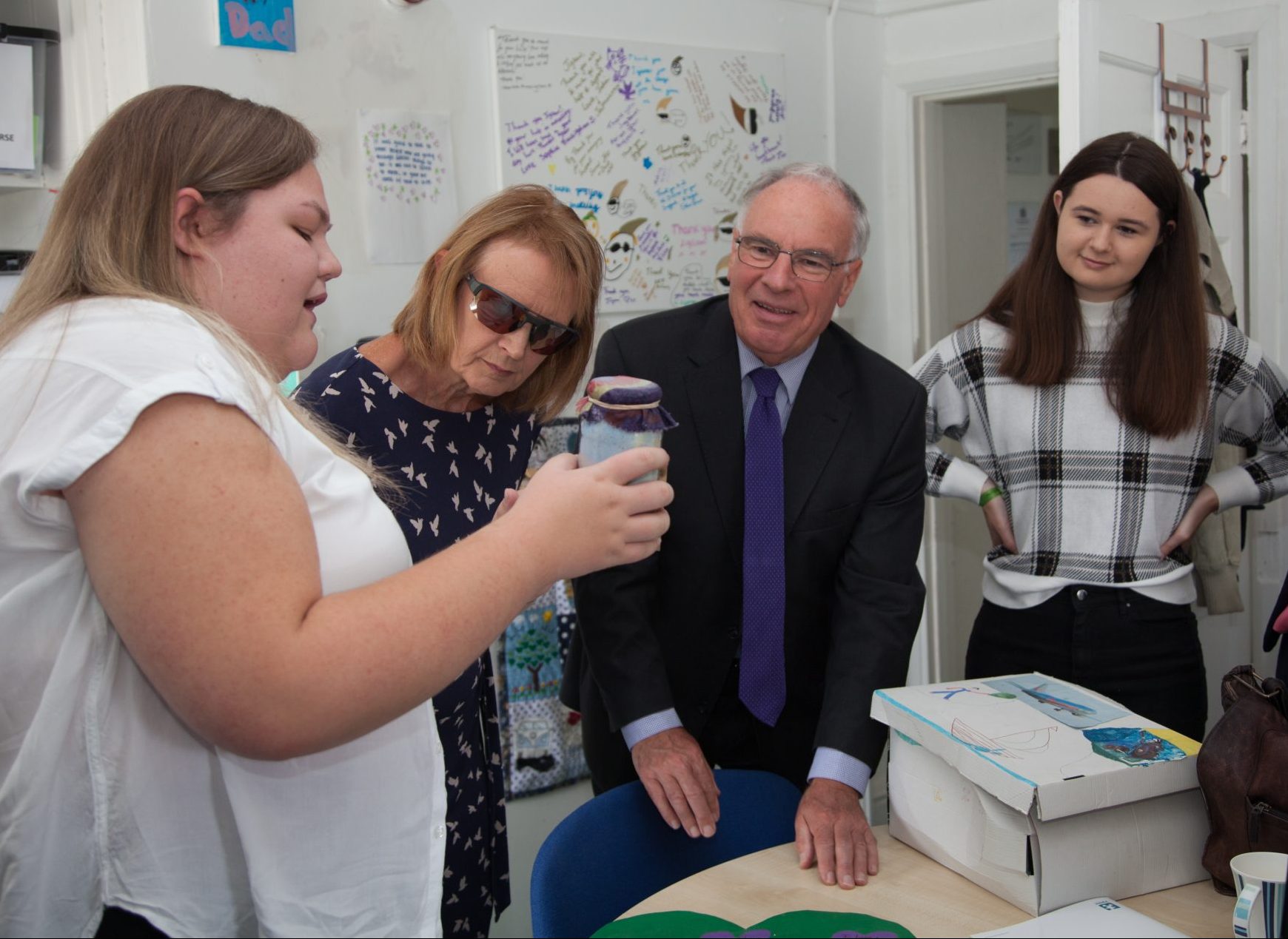 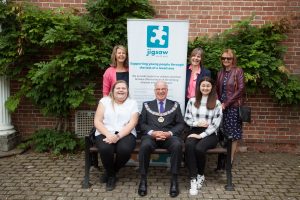 Jigsaw (South East’s) Young Ambassadors, Molly Humphreys and Hannah Romaine, 18, joined the team at our East Grinstead headquarters to welcome the head of the Freemasons in Sussex, Christopher Moore and his wife Veronica.

Molly and Hannah were eight and nine years old respectively when their Fathers’ Graham and Stephen died. The teenagers shared their stories, spoke about the support they had received from the bereavement charity and discussed how a £15,000 grant from Sussex Freemasons to Jigsaw (South East) will help other bereaved children.

By the age of 16 one in 20 children and young people in Sussex, will have experienced the death of one or both of their parents.* More than 40,000 children across the UK lose a parent each year, which works out at 112 every single day. In West Sussex alone, it is estimated that annually 450 children face such a loss.*

Jigsaw (South East) offers bereavement support services, across Surrey and parts of West Sussex. The Grief Project, delivers a six-week support group for families. The Preparing for Loss Project provides one-to-one support for children and young people when a loved one is terminally ill, at the time of the bereavement and in the days and months following the death.

The grant from Sussex Freemasons comes through the Masonic Charitable Foundation, which is funded by Freemasons, their families and friends from across England and Wales. 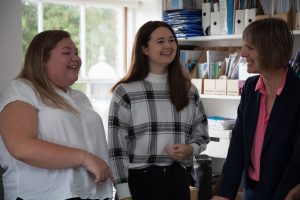 “We’re most grateful to Sussex Freemasons for their generous grant. We’re a small charity and are reliant on fundraising, donations and grants. These ensure we continue to deliver vital services to help children and young people during a devastating and vulnerable period in their lives.”

“An important part of what we do as Sussex Freemasons is supporting our Sussex communities. We’re very pleased to be able to help Jigsaw (South East), who do such an outstanding job supporting some of the youngest and most vulnerable members of our community when they need it most. Losing a parent is a deeply traumatic experience for a child and Jigsaw is there to help them cope.”

Thank You So Much