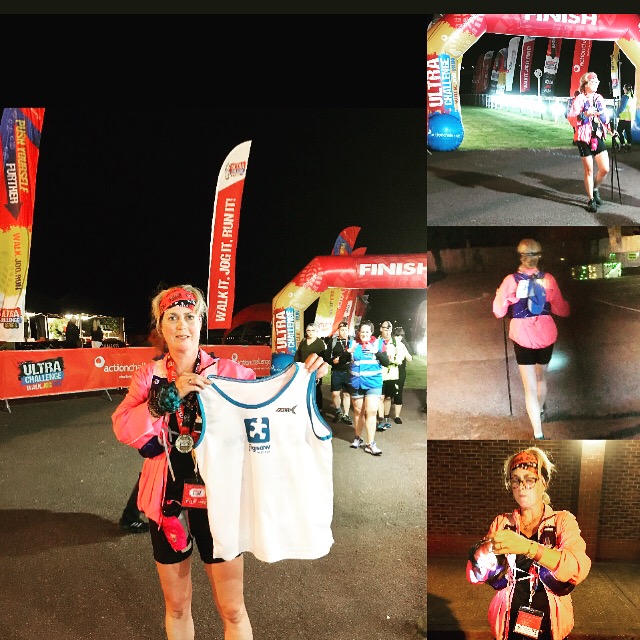 “This was the hardest run ever and I was sobbing at the half way point and did not know if I could continue.” 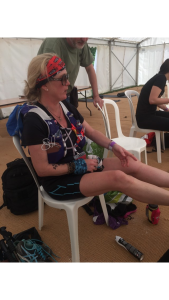 Despite severe blisters nearly ending her run, our remarkable fundraiser Clelie Medlock continued and finished the 100K London2Brighton Ultra Challenge in the early hours of Sunday morning in just over 18 hours.

Clelie, a teaching assistant from Oxted,  has set herself a seven race goal to raise funds for Jigsaw (South East) – the bereavement charity which supported her four children after the sudden death of their father.

She had already completed the Brighton Half Marathon and Isle of Wight Ultra Challenge before last weekend’s gruelling 100K race.

Clelie says she received some treatment at 50K and the second half of the race felt a lot better. “My feet are now recovering!” she added.

To find out what other races she is tackling, read Clelie’s story . You can also show your support for her super seven challenge and for Jigsaw (South East) HERE.

A fitness fundraiser dedicated to an ‘inspirational dad’ who died playing football has SOLD OUT, but you can still attend!

The Rave It Fit fundraiser for Jigsaw (South East) bereavement charity has sold out. The event, this…