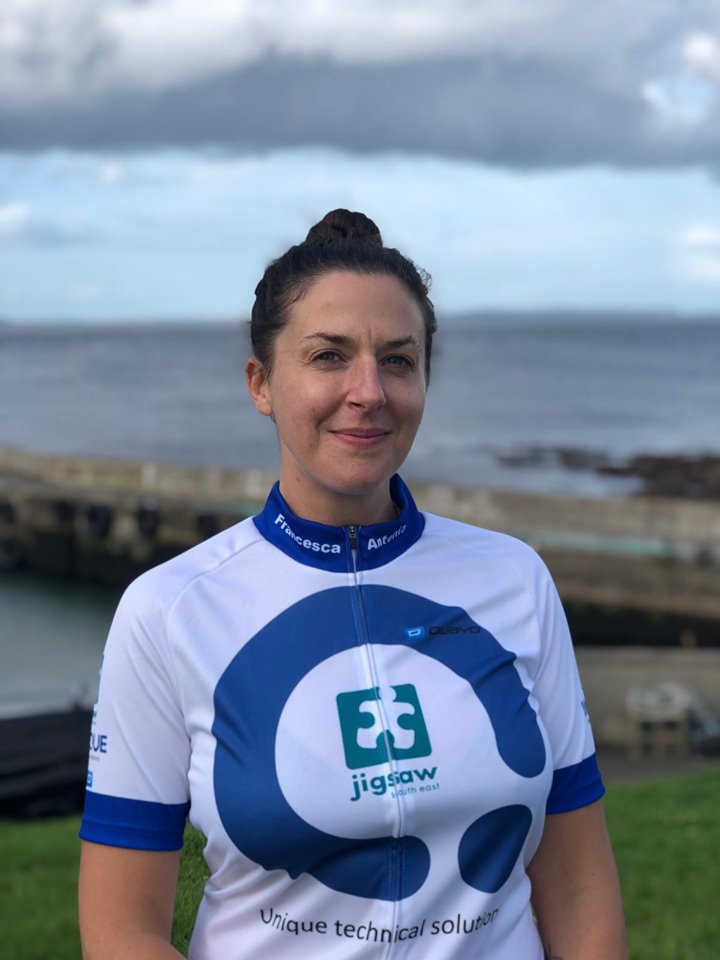 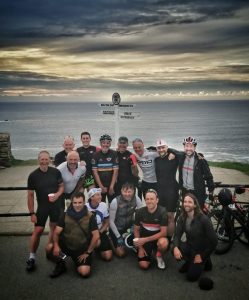 Katharine (Kat) Wray has finished her 1000 mile journey from John O’Groats to Land’s End and raised £4500 for charity.

The Leigh based psychotherapist, battled through wind, rain, hills, fatigue, dodgy hotels and midges, to raise funds for Jigsaw (South East) bereavement charity. She and her cycling buddy Becky Power were inspired to take on the “epic challenge,” by two little girls who lost their mother to cancer.

Antonia and Francesca Nolan, aged 8 and 6, are being supported by the East Grinstead based charity. Their Mum, Dawn, died last year aged 42, from bowel cancer.

Dawn, Mike and the girls

Sadly Becky was unable to start the ride due to ongoing back pain. Kat arrived home on Saturday 31st August after a gruelling nine days of cycling. She wrote the following to JSE: I returned home after a long train journey from Penzance after an incredible end to the ride, one of the toughest days as it was so hilly and my legs really had had enough.

But then we saw the sea and we all started to call out and holler like wild animals. After a couple more hills we rode down in to Lands End feeling amazing, my legs suddenly had a new lease of life and I felt on top of the world. It finally hits you what you have just accomplished, cycling 1002 miles in total from one end of the country to the other.

And now it was over. I felt such a huge mix of both relief and sadness that I was going to be leaving my band of brothers and return to the real world. I was also so sad not to be there with Becky, my amazing friend who worked so hard in training to be with me but due to injury had to cancel coming at the final hour. I had kept her in my mind the whole journey. 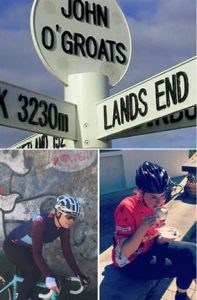 I will never forget this trip. It was the hardest challenge I have taken on and the weather just made the whole thing so much tougher, but it will remain the best thing I have ever done. I made incredible friends and the friendships I had already became even stronger.

We rode through rain, hail, sleet, wind, blazing sun, over hills, through valleys, over moors, on crazy gravely cycle paths and all in the aid of Jigsaw which was ultimately kept me going when I really felt it was getting too much.

You can still donate to Kat and Becs via their Just Giving page: https://www.justgiving.com/fundraising/katandbecjogle