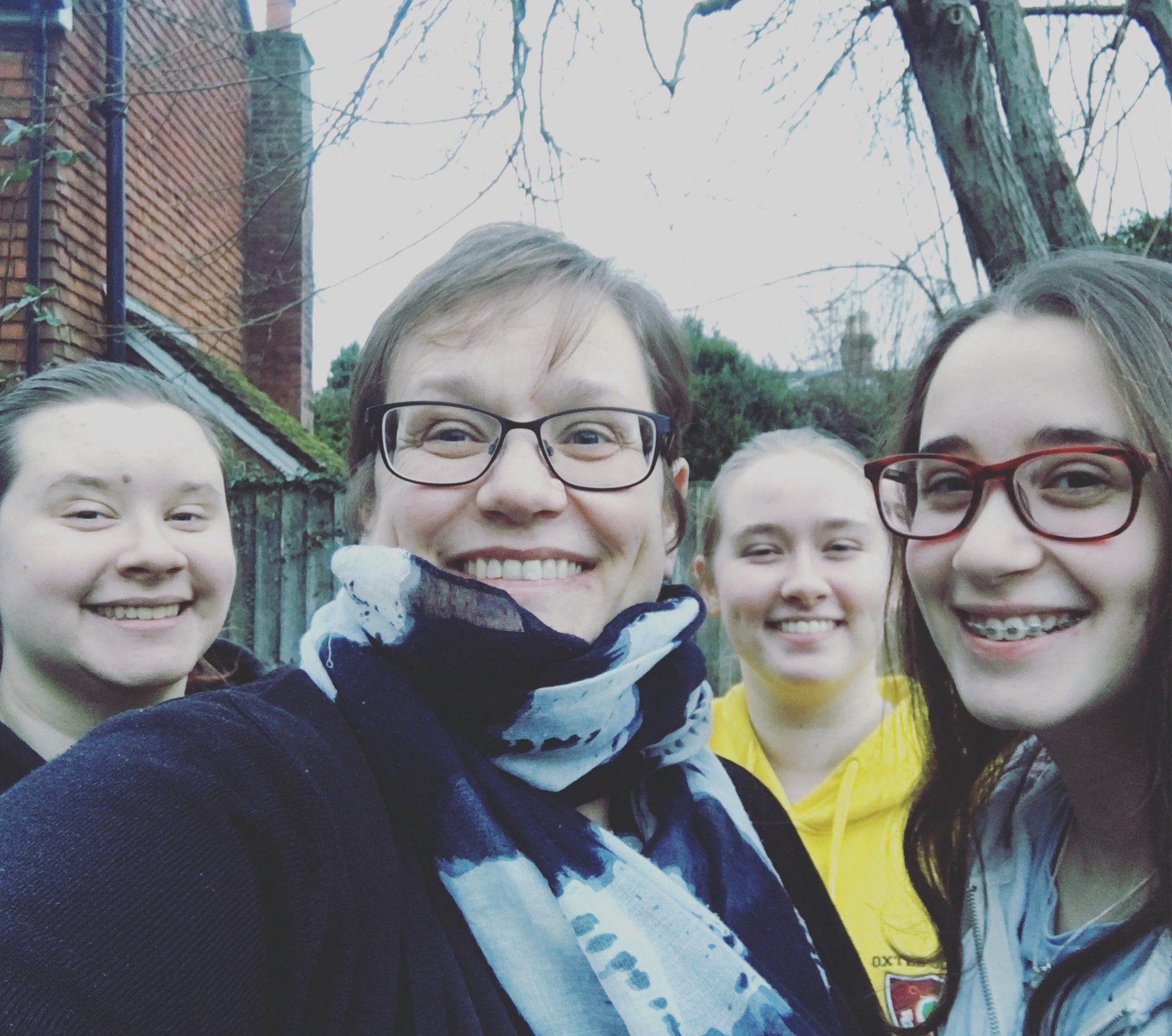 “I don’t know where my girls or I would be without the support of Jigsaw. Five years on, I’m so proud of my children; how they’ve managed and carried on. A lot of that is down to Jigsaw giving them strategies, support and TLC”.

A mother of three from Lingfield is marking the fifth anniversary of her husband’s death, by shaving off her crowning glory. Wendy Buckingham decided to do something ‘massive’ to honour Ken whilst fundraising for Jigsaw (South East) child bereavement charity, which supported her family. 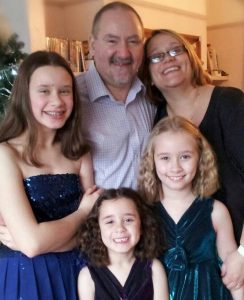 By 2016 Ken and Wendy had been happily married for 21 years. They had three daughters’ Sophie, Hannah and Charlotte, aged 9, 11 and 16. As a couple, they ‘lived for the moment’, and Ken was a ‘very hands-on Dad in the tight family unit’.

Throughout their marriage, Ken had suffered from Crohn’s disease and he had bouts of poor health and some lengthy hospitalisations. So it was not unusual when, in February, he went into hospital with pneumonia. “My first thought was, that’s fine,” says Wendy. “We’ve done this before, and we can get through it. Obviously, I was worried, but I took it all in my stride”.

But this time was different. “On 1st March, Ken was diagnosed with pancreatic cancer. We were initially told he had six months, then it very quickly went down to three, and then two,” Wendy recalls.

“We hadn’t yet told the girls, and I didn’t know where to start. It was 18th March; I was shopping and sat in the supermarket car park thinking, the time is getting closer. I didn’t know anything about bereavement charities. I just wanted somewhere that specialised in children. I searched online, and Jigsaw (South East) came up. I called, and within an hour, a Support Worker – Heather – rang me back. She talked me through the best way to speak with the girls, and this really helped.

When I’d spoken with Heather, I had no idea that the following day I would have to break the news to my children that their father was going to die. I felt utter despair; this would change their lives and their futures forever. Heather had advised me not to be on my own, so I asked two friends to meet me at the house.

“Telling the girls was the hardest thing I’ve ever had to do. Heather said it was best to give them as much information as honestly as possible, answer any questions, and then let them do what they wanted. If they wanted to stay with me, let them stay; if they wanted to go to their bedroom, or put the telly on, just let them do whatever they needed to do. The girls were so brave but devastated and in tears.

“Ken died on the 28th March 2016, aged 52. Until his death and for months afterwards, Heather rang regularly to check in on me, see if I was okay, if I needed any help, or just wanted to talk. She was amazing. Her support helped me support the children.

“My girls were at very different ages and stages. My eldest, Charlotte, wasn’t keen on having counselling, not because she didn’t feel she needed it, it was just so hard for her. However, after she met Heather, she was fully on board. Jigsaw set up meetings with the girls’ schools’, and together they put appropriate support in place for them. Sometime after Ken’s death, we attended Grief Support groups as a family when the girls were ready. 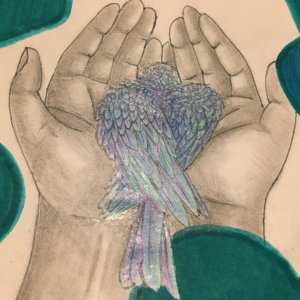 “The meetings were tailored to their ages and needs, which was perfect because they all required something different. They enjoyed mixing with other children and young adults who had been in the same position. Some of them were in front of us on the journey, some were behind, and others were at exactly the same point. It helped them realise that though heartbroken and devastated, they weren’t alone.

“The groups also allowed me to express my emotions, including anger, guilt and pain. These can be difficult things to talk about, but there was absolutely no judgment, just support and understanding. That’s the beauty of Jigsaw, bringing families together and arranging days out and events that promote well-being. Jigsaw helped us breathe a little bit and realise we could get through this because other people are getting through it. We felt looked after and supported.

“I’ve done many fundraising events, both for Jigsaw and for St Catherine’s Hospice, who supported Ken’s end of life care. But five years is a massive milestone, and I wanted to do something to mark it. Everyone who knows me understands that my hair is ‘my thing’. So shaving it off is a significant gesture. The girls are going to hold the clippers!”.

Wendy will Brave the Shave on 20th March 2021. You can support her fantastic fundraising efforts HERE.

A spotlight on our Brighton Marathon Runners!

Being a Trustee through a Pandemic!