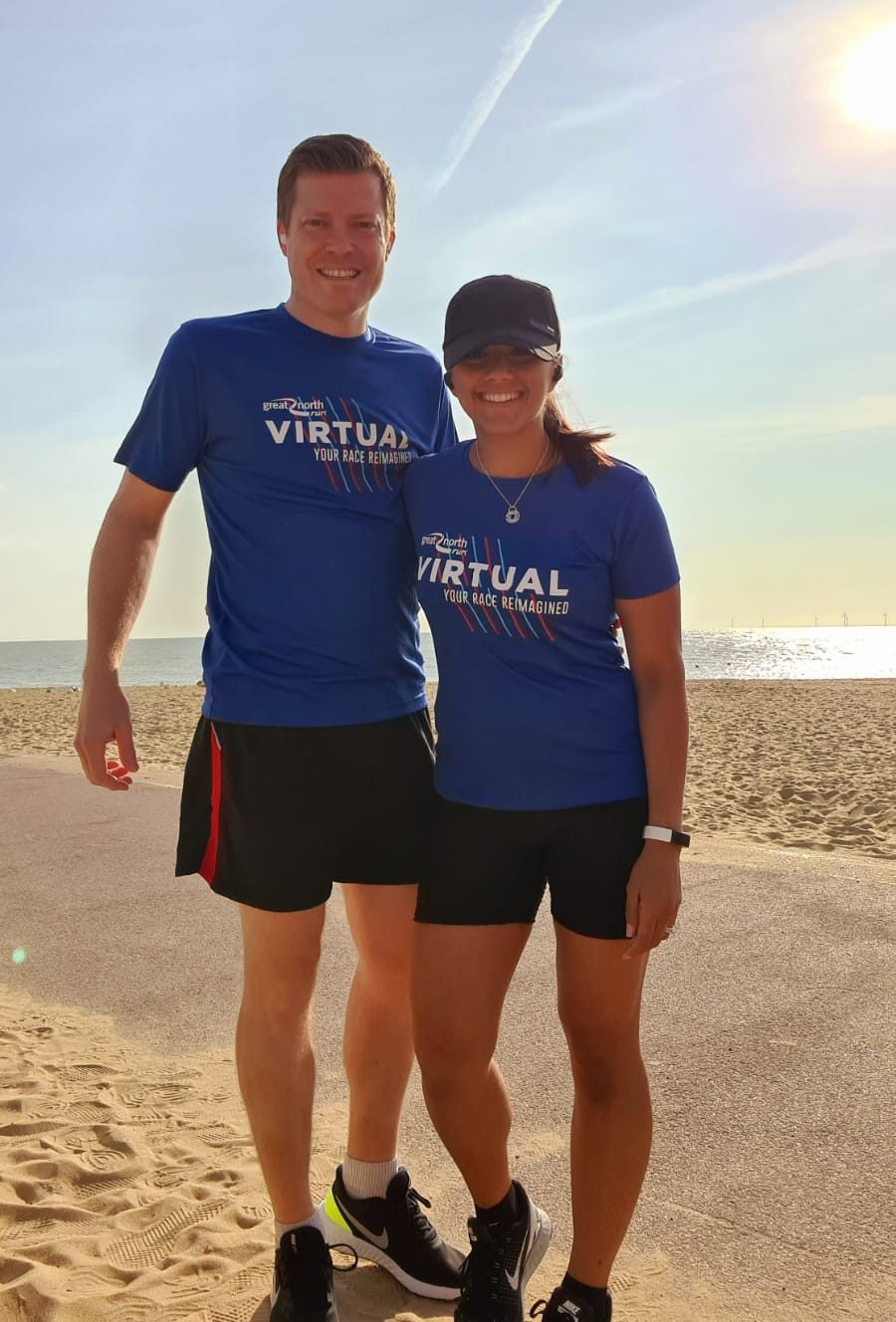 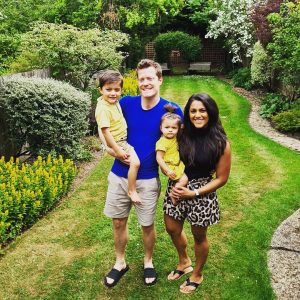 A big-hearted couple’s fundraising effort has raised almost £4000 for our child bereavement charity, which is supporting the family of their friend who died earlier this year.

Last month Mike and Monica Binning took part in the Great North Run Reimagined, in memory of Ceri Weston. They each ran a half marathon.

“We’ve just received the final fundraising figure of £3833,” says Monica. “We’re both incredibly proud and grateful to everyone who sponsored us, no matter the donation size. It’s the most money we’ve raised from a fundraising activity, and we’re pleased it’s going to a deserving charity such as Jigsaw”. 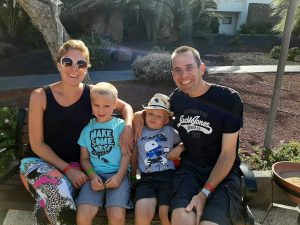 Ceri, from Ewell in Surrey was diagnosed with pancreatic cancer* in 2014, a week after the birth of her second child. For five and a half years, she campaigned tirelessly to raise awareness of the illness. Tragically in June of this year, aged 40, she died leaving behind husband Gary and sons Austin, 7 and Leo, 5.

“We’ll always remember Ceri’s laugh; her love for family and how she maximised every minute she had with her boys, knowing her time was limited,” says Monica. “She was courageous; she fought so hard and didn’t complain, despite the considerable pain and side effects from treatment.”

Sophie Bewley is our Fundraising lead. She said: “This was an amazing effort and we thank Mike and Monica. Their fundraising will make a huge difference to our work with children and young people who are bereaved, and those preparing for loss”.

The Binning’s, who live in Cheshunt, Hertfordshire, both work for Barclays Corporate Bank, who fund matched £1750.49. This doubled Mike and Monica’s fundraising effort, and with Gift Aid added, brings their total up to £3833.

You can still support Mike and Monica’s run by visiting:

*The pancreas is the large gland, which produces the enzymes needed to digest food and the insulin to control blood sugar. In 2019 Pancreatic cancer was the fourth biggest cause of cancer deaths in women in the UK behind lung, breast and bowel cancers. Those diagnosed have less than a 7% chance of surviving for five years.

“I feel useful and needed, with a sense of purpose in my retirement. Volunteering for…