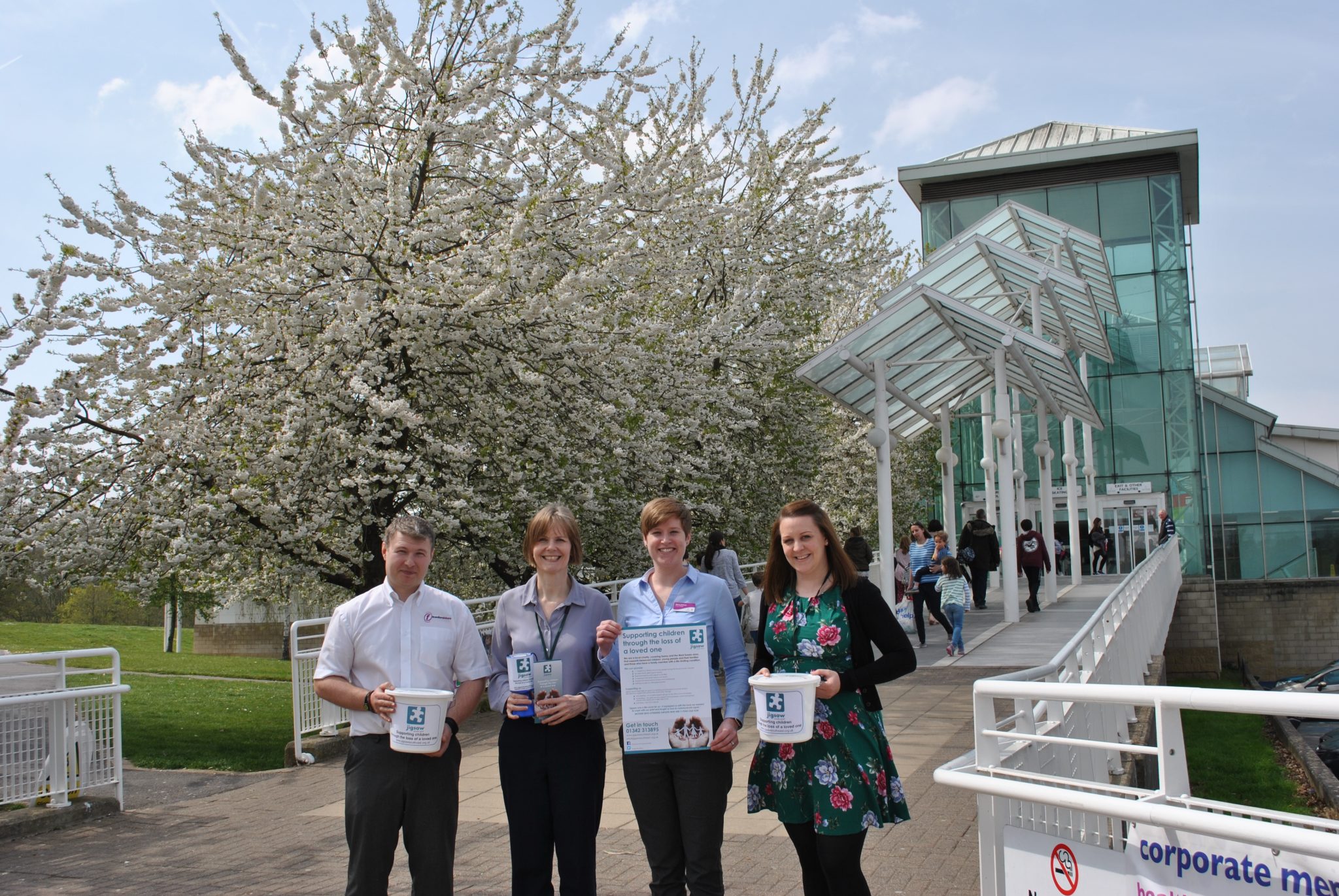 Jigsaw (South East) is delighted to begin its partnership with Guildford Spectrum, after becoming its Charity of the Year for 2019.

Based in East Grinstead, Jigsaw (South East) supports bereaved children, young people and their families and those affected by having a family member living with a terminal diagnosis.

The charity received 40% of the public vote. It will now receive Active Card points that can be exchanged for a wide variety of leisure activities at the Freedom Leisure operated centre.

The scheme is driven by generosity and people power. Guildford Spectrum’s customers donate their Active Card loyalty points, and these are converted into activity passes.

Jigsaw (South East’s) Business Development Manager, Carolyn Steer, is delighted to be working closely with the Spectrum. She said:

“It’s a great honour for us to have been voted Guildford Spectrum’s Charity of the Year. This partnership will give valuable breaks to many of the families we support, at a time when grief can be overwhelming and finances are stretched.

“The opportunity to access a leisure activity can have great benefits both mentally and physically. We wholeheartedly thank Spectrum’s customers for their kindness,” she added.

Nyssa Jackson, Freedom Leisure General Manager, said: “When seeking our Charity of the Year, it’s important that there is a strong community involvement. The people of Guildford really got behind their favourite. We received around 2700 votes in total.

“Jigsaw Southeast is a very worthy cause and we look forward to welcoming children and families supported by them. Bereavement is devastating and it is our genuine hope that time out having fun will give them and their families some respite for a short period of time.”