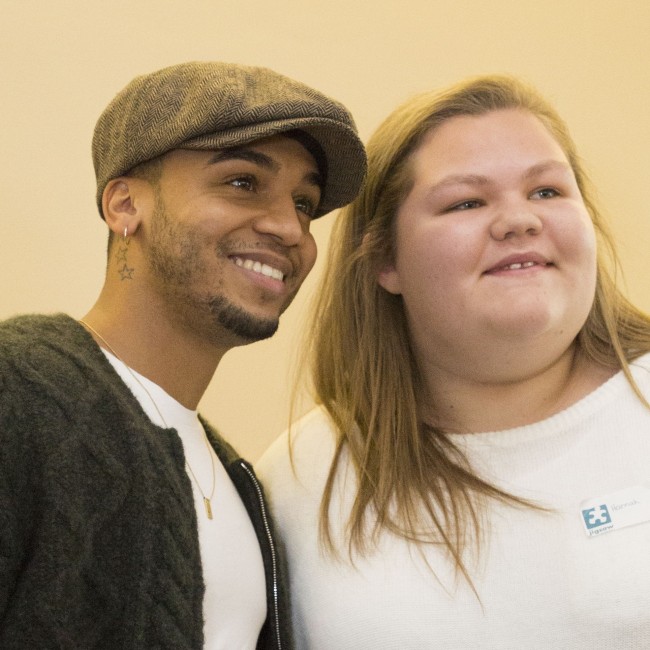 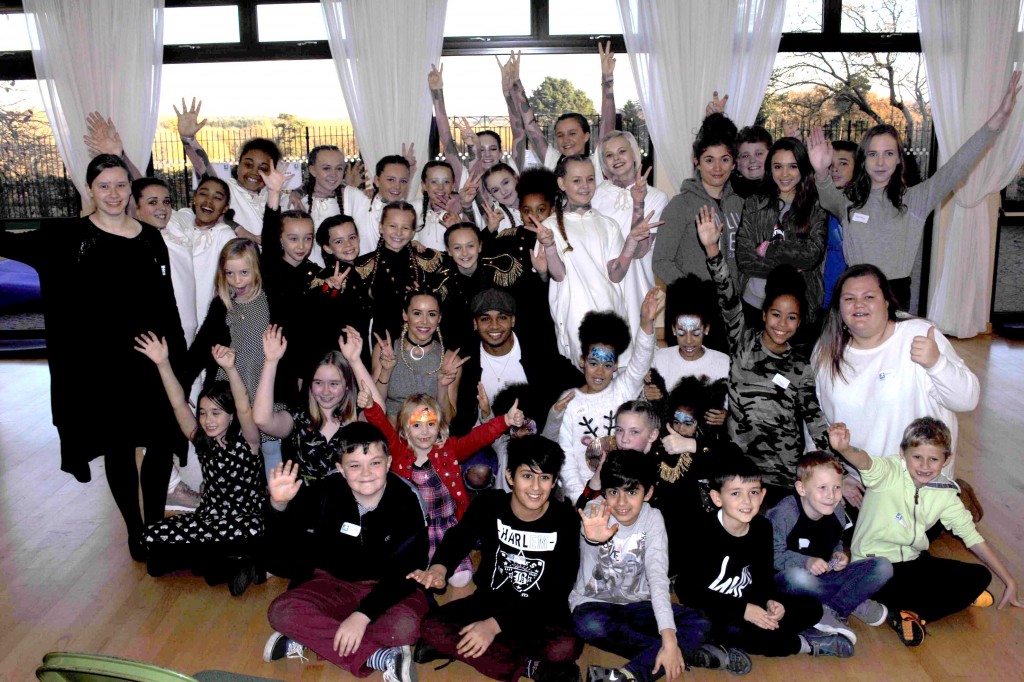 Guests at a local charity’s winter party were treated to the appearance of a special guest – British singer, songwriter and dancer Aston Merrygold of boyband JLS.

The singer arrived at Jigsaw (South East)’s Winter Party on Sunday 4 December at Meridian Hall at East Court, which was attended by dozens of families it has supported who have all suffered the loss of a loved one.

Along with festive arts and crafts, face-painting, games, home-made pizza and refreshments, there was a fantastic performance by Dartford-based streetdance crew Sugar Free which has a connection to the singer.

Aston, who has just released a new solo single called ‘Too Late’, very kindly took the time to chat and be photographed with many of the young people at the party. One, Hannah (pictured), aged 16, said: “This has really made my day – I was a huge JLS fan. They honestly helped me to get through the death of my dad. I went to see loads of their live perfomances. I can’t believe he’s here!” 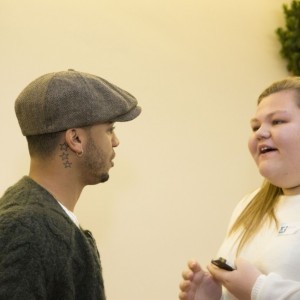 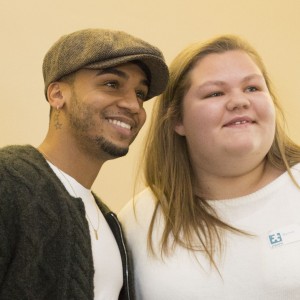 Aston was not the only special guest either – East Grinstead Town Mayor Cllr Bob Mainstone kindly gave up his time to officially open the party – Jigsaw is one of his nominated charities – and show off some of his own dance moves to the delight of guests.

“I would like to thank Jigsaw for inviting me to meet everyone at their wonderful Winter Party. There was so much fun for everyone and the visiting dance group ‘Sugar Free’, all the way from Dartford, got us all joining in with their amazing routines. I had the opportunity to have a chat with families that have been through sad times and to listen to how Jigsaw has supported them. During my Mayoral year Jigsaw is an organisation I have been fundraising for because they provide such a vital service to children and their families” 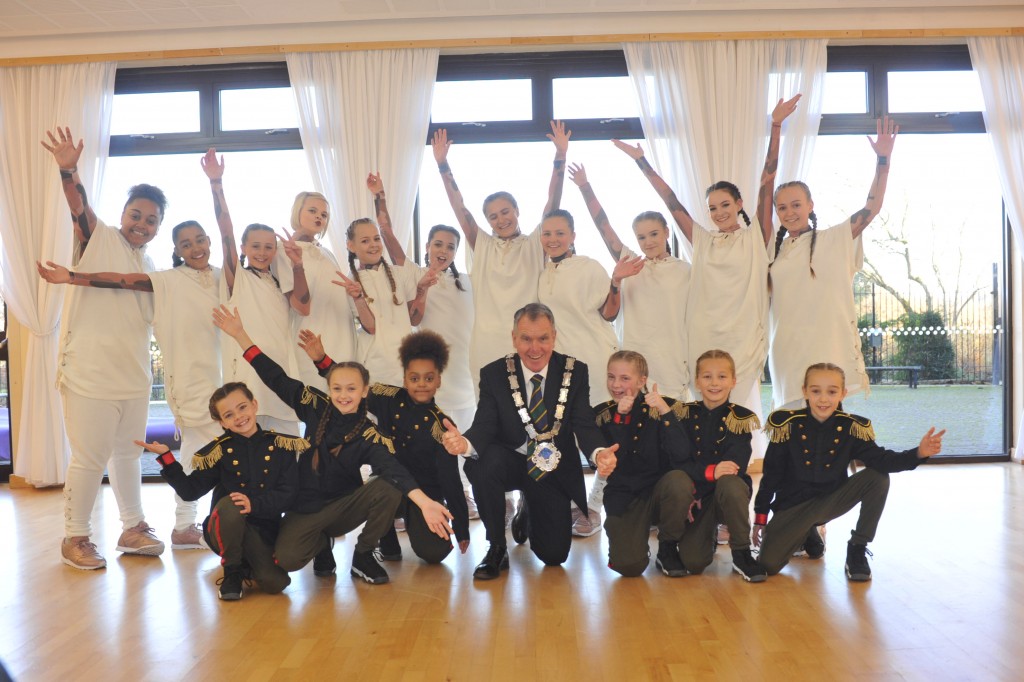 “This was the first Winter Party we have run and it was a terrific success thanks to all the efforts of our staff – and of course to all the families we have supported that turned up on the day.

“The arrival of former JLS singer Aston Merrygold was a source of great inspiration for many of the young people. And East Grinstead’s Town Mayor Cllr Bob Mainstone was such a great sport, showing off some impressive dance moves while we waited for the street dance performance by Sugar Free – who all volunteered their time on a Sunday.”

“Double your Donations and help bereaved children like us NOW,” say Hannah and Molly